Home News Country singer-songwriter Hannah May Allison releases new single “Back on You” and...

Nashville-based country singer-songwriter/guitarist Hannah May Allison recently released her new single “Back On You” which tells the story of a corrosive and destructive relationship the writer can’t summon the courage to escape. Hannah May is currently working on new music and will be releasing more singles soon. 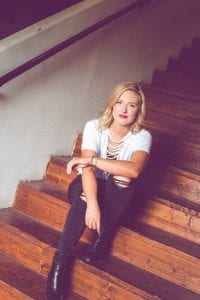 Originally from Palo Alto, California, Hannah became a fan of traditional country music via her family. Her parents were originally from Oklahoma and her mother was a professional country singer in an earlier life.  Hanna May claims that her “laid back West Coast personality mixed with her southern roots makes her the definition of California country.”

She relocated to Nashville and for college and is a recent graduate of the songwriting program at Belmont University. She has performed at some of Nashville’s top venues like The Bluebird Cafe, The Listening Room, The Basement, The Country, and Belcourt Taps. She is part of the Nashville songwriting group called SMASH:30—a company made up of five new artist/writers who play and write together.

Visit hannahmayallison.com to keep track of her show schedule and any other music updates.