In late October, Tegan and Sara took the stage to perform a SOLD OUT show at the popular Atlanta venue Variety Playhouse, a converted 1940’s movie theater to a now cozy, sit-down concert hall. The lights dim and a homemade video appears on stage making everyone laugh and asking the crowd to turn off their phones, creating a unique, intimate experience for a show like never before. If you’re expecting the typical get on stage and play music until you can’t hear or dance anymore kind of show, this is not it. The pop twin duo took an approach of getting the audience involved with their incredibly hilarious witty banter while letting you into their deepest parts of their personal lives, feeling their emotions, with adding in the music they wrote back in their high school years before they were anyone with a select few of their most famous hits. 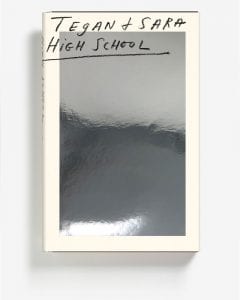 The stage goes dark and a spotlight appears on Tegan as she grabs a book and begins to read part of her memoirs. As she reads the last sentence, you start to hear beautiful melodies from a piano while the lights change over to Sara as the music begins. Like I said before, this is not your average concert. Tegan and Sara stole the stage without a band, stripping down their songs to just a piano and guitar, giving their music a whole new and more powerful feel. Between each song, they read parts of “High School” (their new memoir that they took two years off to write). Breaking down every wall, they have given you a sense of who they truly are as women and being able to connect with hundreds of people, all while tugging on the audience’s heartstrings at one time.

The stories Tegan and Sara share open up to deep roots about being teenage girls doing drugs while attending school, finding a guitar for the first time, the struggles they had with the feelings of falling in love with girls for the first time and coming out as part of the LGBTQ community. Let me be clear that they weren’t sharing this to encourage drug use by any means; in fact, they advised against it. The girls simply were telling honest memories of how the sisters came to find a bond within each other while relating to topics and emotions that most teenagers have struggled with before. After one of their stories was told, they took to playing a song on their fourteen song setlist, taking out the massive production elements giving you meaning and greater insight into what inspired them to make such magnificent music for the world to hear. 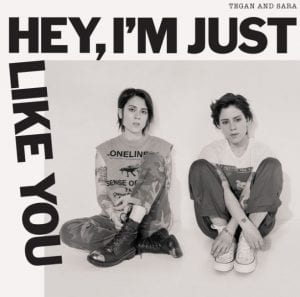 Between stories and performing songs off their new album out now titled, Hey, I’m Just Like You, Tegan and Sara dug out some homemade videos sharing a few clips from the past days growing up when they were younger so you could physically see into parts of their lives. On every level, these performers had every single person in the audience entertained, totally captivated, and so mesmerized with how these ordinary individuals became such strong, inspirational women that make phenomenal music taking the world by storm.

Anti Groupies performed at the Whisky a Go-Go on January 13, 2023

Tenille Townes performed at the Tractor Tavern on January 19, 2023