Originally founded in 2004, Ohio-based EarthQuaker Devices is still a relatively young company – however, they have solidified their place in the pedal market with their quality production and cutting-edge designs. Their philosophy is that effects pedals should be simple and user-friendly, but should also be a launching pad for sonic exploration and aural innovation. The incredibly kind EarthQuaker staff gave us a chance to check out three of their newest pedals during the 2020 NAMM show. 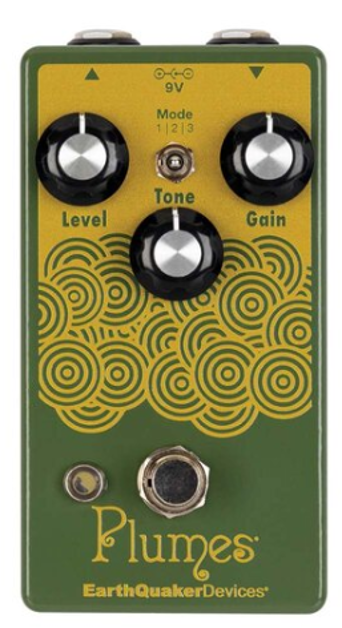 While it is true that there have been dozens (if not hundreds) of classic analog overdrive pedals throughout the years, the Plumes pedal is a breath of fresh air in this heavily saturated market. EarthQuaker was able to accomplish this by replacing the traditional circuit with one that offers more headroom, clarity, and brilliance in the high-end. In addition to the standard Level, Tone, and Gain knobs, the Plumes pedal also comes with three clipping modes to dial in your tone even further. The first mode kicks in a delicious crunch, the second mode serves as a clean boost, and the third is a traditional overdrive that adds more warmth and low-end response. 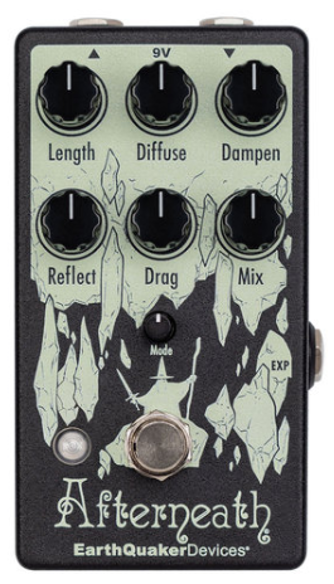 Launching April 2020 is the new and improved Afterneath V3 reverb pedal. The original pedal is known for adding atmospheric color that can be broken down into multiple separate delay lines, making it super fun to experiment with. One of the significant changes to this pedal is the ability to use an expression pedal to operate the Drag knob, giving players more tone control while performing. Another noteworthy upgrade is the Mode knob; this feature includes nine total mode options that allow players to quantize the sweep of the drag to different scales. The Afterneath V3 is also available in the form of a Eurorack Module for musicians looking to add a little more ambience to their modular synthesizers.
Price: $199 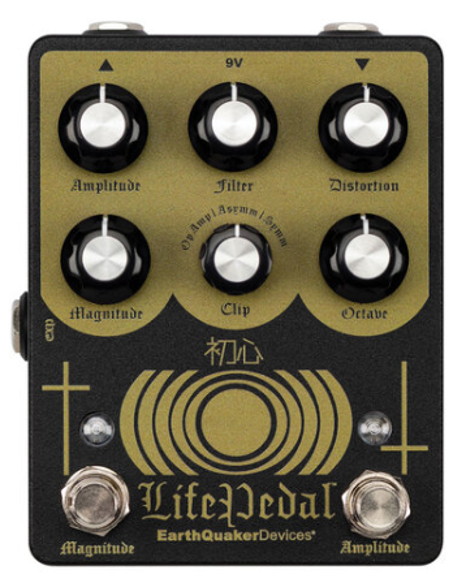 In early 2019, EarthQuaker set out to design a pedal that represented the sound heard in Sunn O)))’s writing session, “Life Metal.” The result became a wildly popular limited run, and eventually this pedalboard-friendly release. The combined distortion, analog octave (Amplitude), and boost (Magnitude) features give the player complete control over their crunch. Connect the Life Pedal to an expression pedal and enjoy chaotic octave swells mid-riff.