Home News We Are Moving The Needle presents FIX THE MIX Job Fair during...

(NEW YORK – July 28, 2022) — We Are Moving the Needle, a nonprofit organization that aims to close the vast gender gap in the technical fields of the recording industry, is presenting the first edition of the FIX THE MIX Job Fair, a networking event designed to create opportunities and connections for women and non-binary music industry professionals. The FIX THE MIX Job Fair will take place during the She Knows Tech Summit in New York on August 11-14 at Power Station at Berklee NYC. 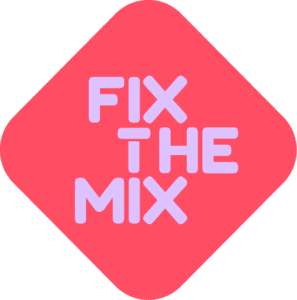 We Are Moving The Needle launched FIX THE MIX with Jaxsta earlier this year with the mission to streamline the search process for finding and connecting with women and non-binary music industry professionals. The FIX THE MIX Job Fair is the first of its kind, where under-represented participants can network with representatives from studios, labels, tech companies, educational institutions, and more. There will be many opportunities to connect, ask questions, and submit resumes and discographies for open positions. There will also be plug-n-play rooms for participants to share their music on-site with record label A&R executives, booking agents, and managers.
The She Knows Tech Summit prominently features We Are Moving The Needle soundBoard members: GRAMMY-nominated artist-producer Carolyn Malachi, GRAMMY-winning engineer Shani Gandhi, GRAMMY-nominated producer LaNell Grant, GRAMMY-nominated engineer, songwriter and producer Suzy Shinn and Emily Lazar, founder of We Are Moving The Needle/the first woman to win a GRAMMY for Best Engineered Album, and many others.
The She Knows Tech Summit boasts an impressive 15+ sessions and 30+ women and gender-expansive audio professionals. In-person participants will have a chance to explore and learn in one of the most awarded and decorated studios in the world, right in the heart of New York City: Power Station at Berklee NYC.
Supported by audio brands like Ableton, Spitfire Audio, iZotope, Apogee, Kilohearts, Antares, and Sweetwater Sound, the She Knows Tech Summit offers dynamic programming focused on music production, sound design, immersive audio, live performance & DJing.
This event is exclusively for She Knows Tech Pass holders. Registration is open at: summit.sheknows.tech