The film directed by Steven Sebring and executive produced by Jimmy Iovine was acquired by Apple Music earlier this year.  Horses: Patti Smith and her band will have its world premiere tonight at the Tribeca Film Festival and will be available to stream exclusively on Apple Music beginning Tuesday, May 22, 2018. 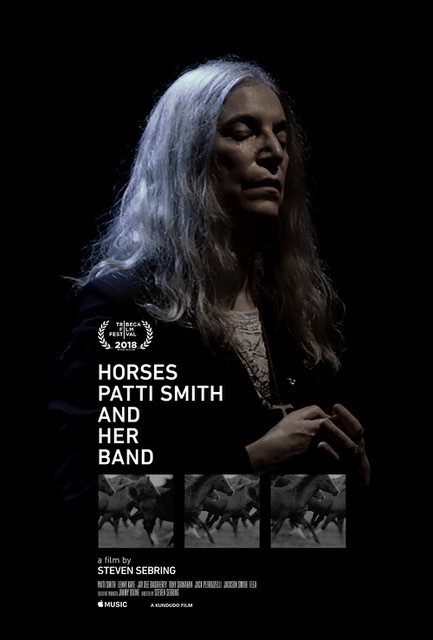