This year’s “Horizon Recipient Encouraging New Performers” award from the Georgia Music Hall of Fame will go to local Alpharetta sister quartert von Grey. The von Grey sisters, Kathryn, Annika, Fiona and Petra have had a busy year with performances on “Late Show with David Letterman” and “Conan,” as well as extensive touring with an inaugural performance at the famed Bonnaroo Music & Arts Festival. Their first live album, “Live at Criminal Records 01.01.13,” was released earlier this year.

Friends of Georgia Music Festival, Inc. continues to nominate, honor and induct those Georgians worthy of recognition and has been doing so for 35 years. The awards show will be held on October 5 at the Georgia World Congress Center and will be hosted by former WSB TV personality Monica Pearson and HLN “Morning Express” anchor Robin Meade.

Other outstanding inductees for 2013 are:

The show will begin at 8 p.m. and will be televised live on Georgia Public Broadcasting. Tickets are $125 per person for the awards show, reception and dinner. To purchase tickets, please contact Diane at 770-491-9494, ext. 15, or email gamusicawards@ers.us.com. 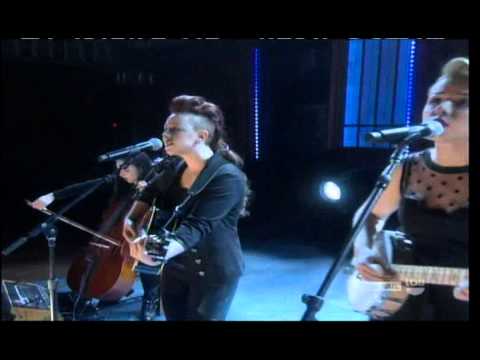