Famed guitarists Vicki Genfan and Sally Barker will release their new CD In The Shadow Of A Small Mountain on September 18th via Small Mountain Records and, according to Barker’s website, “is a product of the modern age yet tells stories from both sides of the Atlantic with flavours of the American south infusing tales of a very British sort. Both Sally and Vicki sing and play acoustic guitar while Vicki also plays electric guitars, mando-tar, banjo-tar, bass and percussion. The only guest appearances are John Mettam playing drums on ‘SOMETHING BLUE’, Finn Magill (low whistle and vocals) and (from Malawi, Africa) Peter Mawanga (nsansi , chisekese and vocals) on the song ‘MALAYA’ (recorded by a mobile recording studio in a car park at Swannanoa Gathering at at midnight!)” 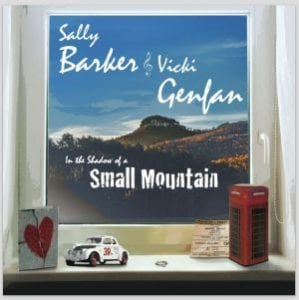 Genfan adds, “Sally and I had a blast starting the writing process for these songs last summer, working on them across the ocean via Skype, and finally recording them January 2017 in New Jersey with Tay Hoyle at our home studio.”  They will be launching their supporting tour titled “SMALL MOUNTAIN” across the UK on November 22nd.

For more information and tour dates, visit www.VickiGenfan.com or www.SallyBarker.co.uk 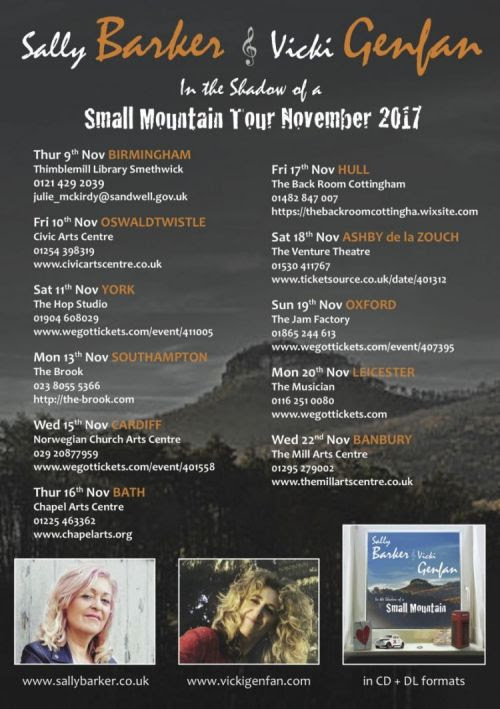