Taylor Guitars, in association with West Coast Arborists (WCA) Inc., recently launched their Urban Wood guitar initiative, a project which will give end-of-life trees in need of removal from the state of California a new life as musical instruments of the highest quality. And the first urban wood species being used in this initiative is Urban Ash, which will be used for the back and sides of Taylor’s new Builder’s Edition 324ce guitar.

Established back in 1974, Taylor Guitars is one of the world’s leading manufacturers of premium grade acoustic guitars. With their innovative use of modern technology combined with state of the art craftsmanship, Taylor guitars are, without a doubt, some of the best in the world in terms of sound, design, and ease of use. The brand’s popularity and high-end quality make Taylor Guitars the choice of some of the biggest names in today’s music industry, including Jason Mraz, Zac Brown, Shawn Mendes, and Ben Harper, among many others.

California’s urban tree canopy covers 15% of the state’s urban areas. These regions provide lots of benefits to its communities as well as the wildlife found inhabiting them. Sadly, the trees that adorn these regions will eventually have to be taken down. They will then be turned into firewood or will be disposed of in some other manner.

This is where Taylor’s Urban Wood guitar initiative comes into play.

Back in 2017, Taylor co-founder, Bob Taylor, along with their Director of Natural Resource Sustainability, Scott Paul, and master guitar designer, Andy Powers, started exploring the possibilities of making guitars from end-of-life urban wood. This was to be a part of Taylor’s world-renowned sustainability programs that ensured the plantation and management of green infrastructures in urban neighborhoods. 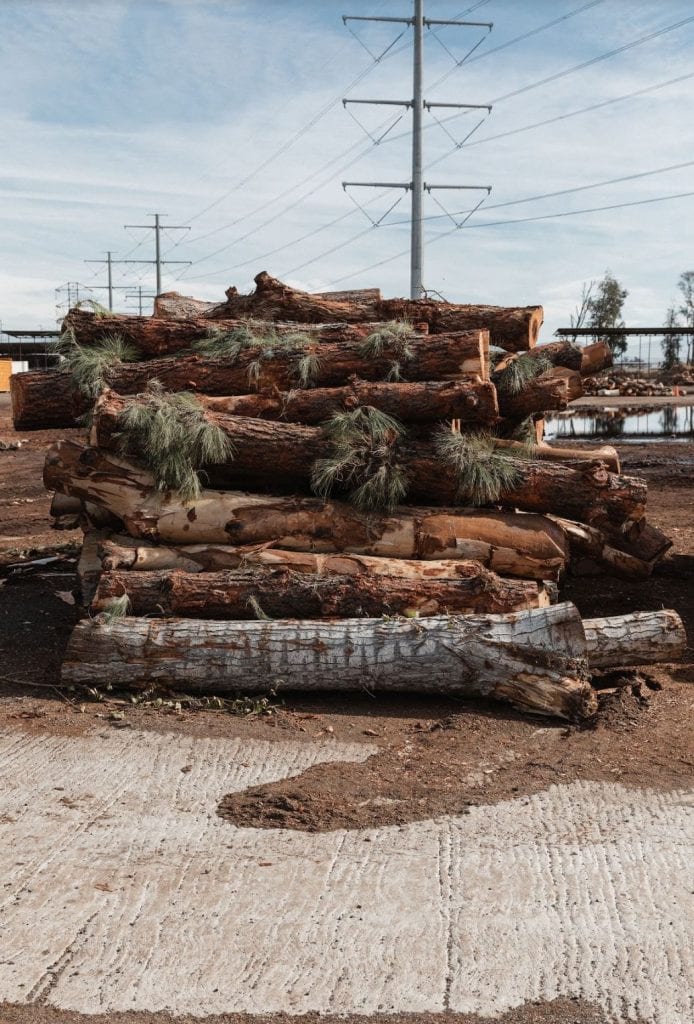 Taylor’s search for answers led to a relationship with the California based tree maintenance and management company, West Coast Arborists, Inc. (WCA). The latter went on to invite Taylor to evaluate their own inventory of urban wood species. After a thorough inspection, Powers’ curiosity was intrigued by a particular species – Shamel ash, better known as tropical or evergreen ash.

Powers was highly impressed by how the species had all the right attributes needed for a high-grade guitar wood and how it resembled good-quality Honduran mahogany. These features led to Powers choosing the Shamel ash to be used on the new Builder’s Edition 324ce, part of Taylor Guitars’ premium Builder’s Edition collection. And in order to draw attention to this concept of using urban timbers for similar purposes, Taylor is calling the wood ‘Urban Ash,’ which will surely be making its marks among manufacturers quite soon.

The Builder’s Edition 324ce was designed to appeal to a broad range of players. With its mahogany top and V-Class bracing, the 324ce is one of the most player and stage friendly guitars Taylor has ever made. 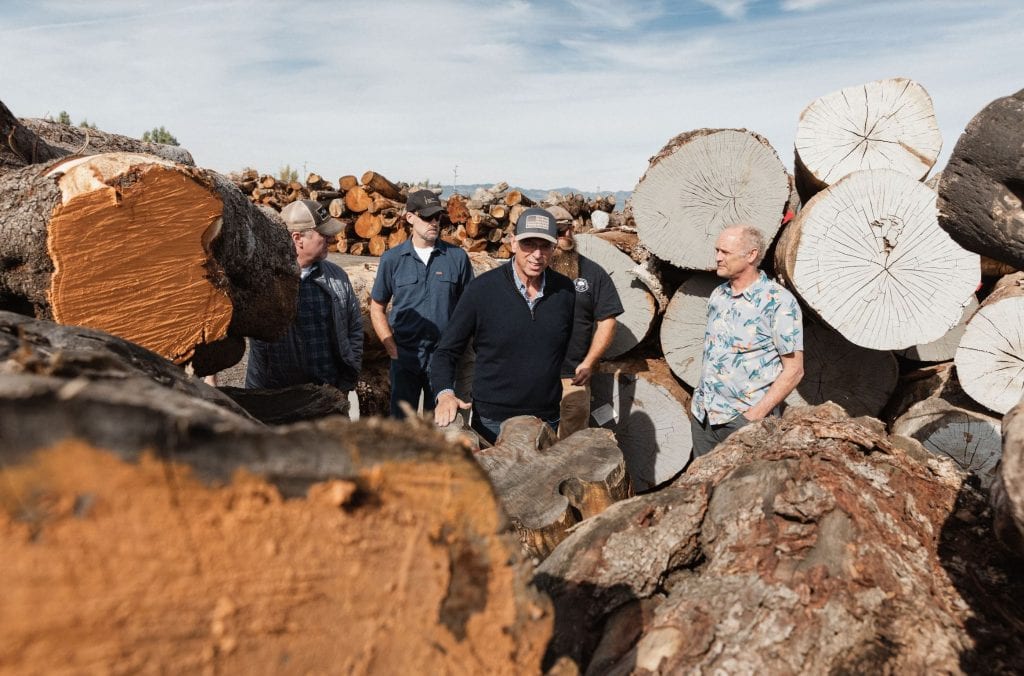 Both Taylor and WCA consider this new Urban Wood guitar initiative as a new model of responsible urban forest management. The initiative will not only create a new market for such end-of-life wood but will also take the pressure off of other tonewoods in different tropical areas of the world.

We had a chance to learn more from Scott Paul, Director of Natural Resource Sustainability at Taylor.

Shamel ash is just the start – are you exploring other possible options that might yield similar or better results for your guitars? If you are, what are you looking for this time?
In November of 2018, a small group from Taylor Guitars including Bob Taylor, Andy Powers, and myself visited the West Coast Arborist sort yard in Ontario, California. This is where WCA takes trees from all over the region for disposal. Six or seven species were of interest, quarter sawn, and taken to Taylor Guitars to be dried. Of these, Shamel Ash was of particular interest to Andy and he soon began building prototypes which ultimately resulted in the Builder’s Edition 324ce. Expect to see Urban Ash find its way onto other Taylor models over time. And several other species cut that day too are still in Andy’s workshop. Don’t be surprised to see other tonewoods altogether sourced from our urban environment utilized in the future. 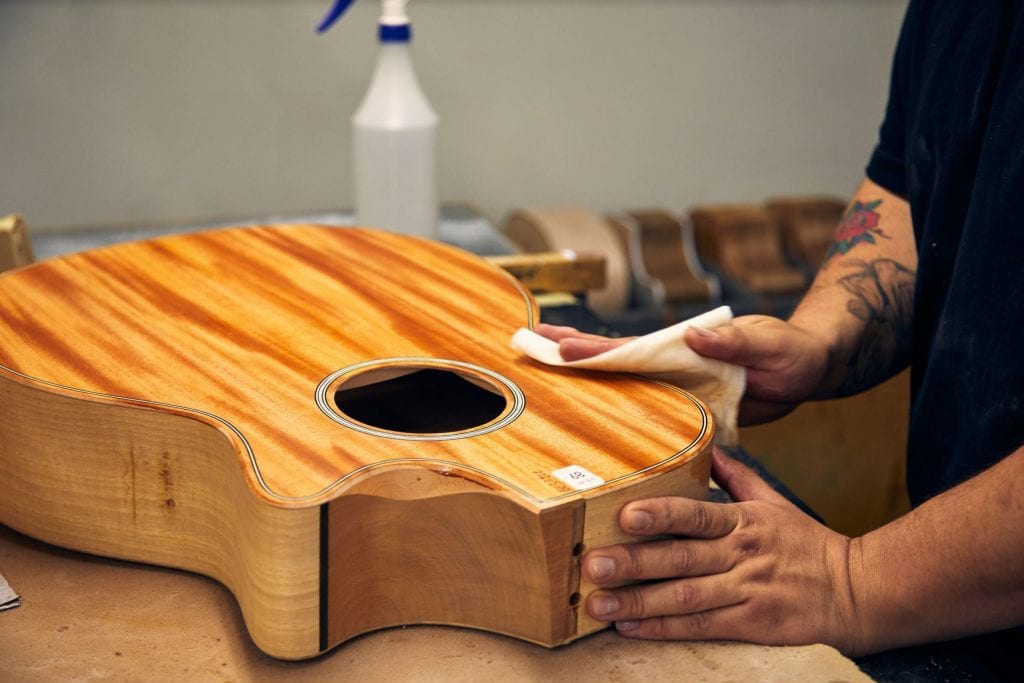 Do end-of-life trees need special care or handling in addition to the process followed for normal tonewoods?
At the end of the day, wood is wood. Of course, the infrastructure to utilize urban wood efficiently is still in development. And it’s not surprising to find a nail or fence post fragment embedded inside an urban tree. Perhaps a sign for a lost dog or someone selling a van in 1972. But we’re working around all this. We’ll figure it out.

Do Urban Ash guitars add something new to the way an instrument sounds?
Again, wood is wood. It’s not so much where it comes from, but what species it is, and how it grew.

For manufacturers interested in following your path of using such end-of-life wood, what advice would you give them?
Talk to your local arborist. Find out where they are disposing of their wood. Call our friends at West Coast Arborists. Call us at Taylor. To accomplish what we want to accomplish, to help kickstart a circular economy that plants more trees in our cities and towns, to take care of these trees while they are alive, and to create more jobs when these trees come down, we need to put up a big tent. Taylor isn’t big enough along. We hope others join.