The night was highlighted by a stellar line-up of live performances from some of the most exciting and respected artists in rock with Slash and his friends alone offering up eight classic songs to round out the evening. Check out the full setlist and photos for “Gibson Live At The Grove,” listed below. 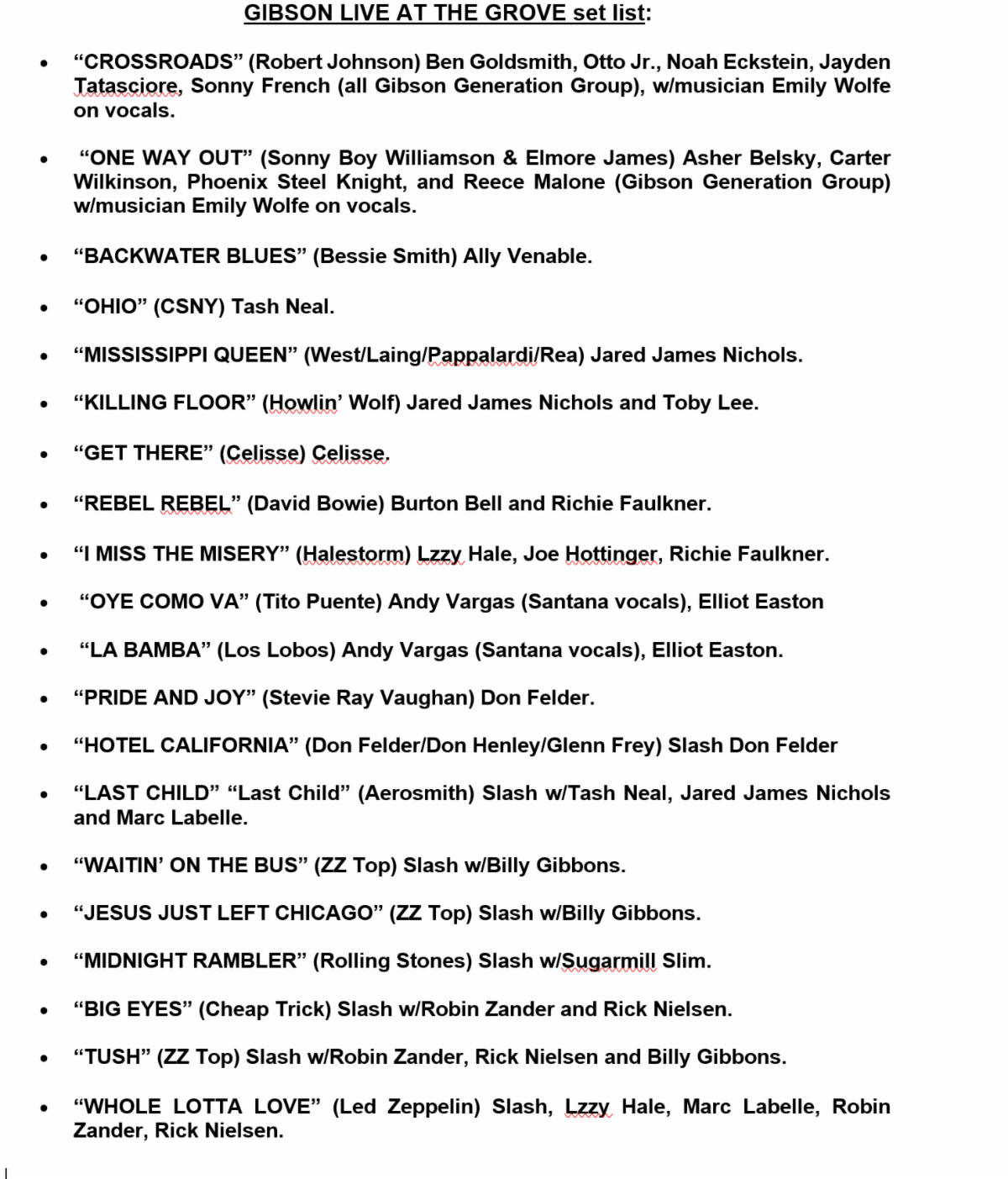