In 1976, Boss unveiled its very first pedal — and the first chorus pedal ever available on the market — The CE-1 Chorus. A few years later, the CE-2 was created as an expansion of the CE-1.

Here we are in 2016, and to mark the 40th anniversary of Boss innovations, the Waza Craft CE-2W was unveiled at Summer NAMM this month in Nashville, Tennessee.. This new creation features 2 modes, CE-1 and CE-2.  Both modes recreate the legendary stereo chorus and vibrato sounds that gained such popularity. The CE-2W is made exclusively in Japan, just like the original CE-2 and CE-1..

This pedal features premium all-analog circuitry with a bucket-brigade delay line that helps retreat the classic sounds of the CE-1 and CE-2. Adjustable rate and depth knobs provide fine sound adjustment in both modes.  Backed by a five year warranty, this pedal is hard to beat.

Not only were we impressed, but so were the judges of the Best in Show awards.  This amazing pedal won best in its class at the 2016 Summer NAMM conference. 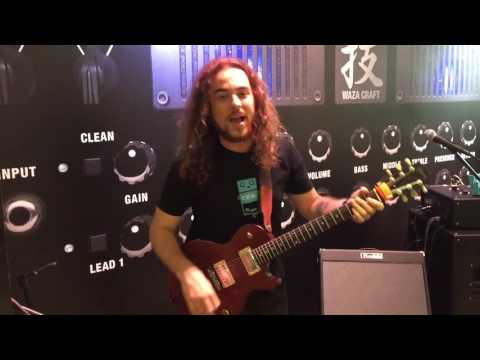