PRESS RELEASE: Musicians Institute (MI) has announced that singer, vocal coach, mentor and arranger Debra Byrd, renowned for her work on The Voice and American Idol, has joined the Hollywood college of contemporary music as their new Vocal Program Chair. Byrd was named “America’s Top Coach For Best Vocal Advice” by Oprah Winfrey. She has coached and mentored Kelly Clarkson, Carrie Underwood, Carly Rae Jepsen, Jennifer Hudson; and hundreds of singers from The Voice, American Idol, Canadian Idol, The Next, The Grammy Awards, High School Musical; and shows on ABC, NBC, FOX, MTV, CW, and Disney. Byrd has also performed around the world with Clarkson, The Eurythmics, UB40, Lyle Lovett, and Roberta Flack; while recording as an artist on RSO/Polydor Records.  She has also recorded and performed duets with Bob Dylan and Barry Manilow.

Overseeing the direction and focus of MI’s Vocal Program, Byrd will interface between the school’s administration, faculty and students to maintain MI’s high-quality educational environment; while evaluating curricular materials, creating new courses and events, and recommending visiting guest artists.  In the process, she will report to the school’s VP of Instruction and Curricular Development and the VP of Academic Affairs.

“Musicians Institute is so important in the culture today,” said Debra Byrd, Vocals Program Chair at Musicians Institute.  “I feel very at home here.  I’m looking forward to implementing techniques and ideas that are cutting-edge…I think it’ll be quite fascinating to the students and the faculty.”

Byrd elaborated on her extensive career experience and her new position at MI in the following interview: 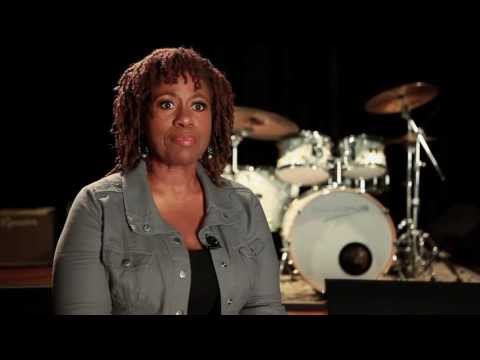 “Not only is Byrd an unparalleled mentoring force on television, she is also a great vocalist with Grammy-winning artists as well as in movies, recordings, tours, Broadway shows and much more,” said Donny Gruendler, Vice President of Instruction & Curricular Development at Musicians Institute. “Thus, her mastery of traditional vocal techniques, current musical styles and coaching tactics constitutes a welcome addition to our campus offerings.”

As an actress, Byrd has received outstanding reviews for her leading role as Da Singer in the national touring company of Broadway’s Bring In ‘Da Noise, Bring In ‘Da Funk and was nominated for a 2001 Black Theatre Alliance Award for Could It Be Magic. Byrd’s Broadway credits include The Human Comedy, Barry Manilow on Broadway, Haarlem Nocturne and Ain’t Misbehavin’, and she has worked in movies for most major studios, as well as appearing on the film soundtracks of The Lion King 2 1/2 and Sister Act II, among others. In addition to performing, Byrd has produced a successful product line that incorporates her Star School Live! vocal seminars, her instructional DVD Welcome to Star School and her digital pitch pipe Pocket Tones by Byrd. She is currently developing an exclusive line of herbal products that will protect, soothe and enhance the voice.

Founded in 1977, Musicians Institute (MI) is regarded as one of the world’s preeminent colleges for students seeking a career in the contemporary music industry. The completely immersive learning experience at MI is unparalleled, featuring world-class faculty, state-of-the-art facilities, and renowned performance programs for Guitar, Bass, Keyboards, Vocals and Drums; as well as focused training in audio engineering, music business, music video/film/television production, and much more. MI graduates include world-famous performers in every genre of contemporary music as well as respected songwriters, award-winning producers and engineers, and working professionals in fields such as sound-for-picture post-production, music business marketing, public relations, and more.  Visit www.mi.edu for further information.