The Sweet Water Warblers, featuring Rachael Davis, May Erlewine, and Lindsay Lou, released the Official Music Video for their newest single, “Mother’s Voice,” off of upcoming release The Dream That Holds This Child (available May 15, 2020). 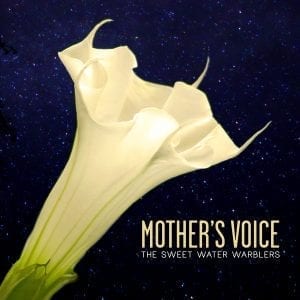 From their forthcoming album The Dream That Holds This Child, “Mother’s Voice” is about the human connection with ‘the mother’ – mother earth, femininity, ourselves. A timely and soothing salve, Lindsay Lou reflects, “Mother nature has stopped us in our tracks, like one big collective human child. When it gets this real, I think there’s a lifeline that connects us to ourselves, to the ones who grew us, and to the great mother Gaia that’s as continuous as time.” Erlewine adds, “The nurturing parts of us long to be acknowledged, this song does just that.” As the final track written and recorded for the album, it’s only fitting that “Mother’s Voice” became the closing track. “‘It became the eaves that rest upon the foundation of the album and offers shelter for the listener in the final moments of this record,” explains Davis.

Produced by Dan Knobler (Lake Street Dive, Caroline Spence), The Dream That Holds This Child is set to release May 15, 2020. The album marks the first full-length album from The Sweet Water Warblers, who first came together in 2014 after being asked to perform together for a single performance at the Hoxeyville Music Festival and found a deep creative connection with one another. The Sweet Water Warblers spring tour and festival dates have been affected by venue closures and social distancing measures as a result of the COVID-19 outbreak. The most up-to-date information regarding re-scheduled and postponed shows can be found at www.sweetwaterwarblers.com.

Davis, Erlewine, and Lou came together from their own regarded solo careers within the Americana and roots worlds. Whether it was the gospel and soul-laced melodies uncovered in Davis’ music, the Appalachian folk and country-leaning ballads belted out by Erlewine, or the versatile country soul and bluegrass roots of Lou’s band, it was clear that the culmination of their talents would be unparalleled. From the beginning, there was a unique synergy between the three artists, a bond forged by a mutual passion for social change and expansion of the soul through music.

The Dream That Holds This Child serves to empower and uplift spirits, to offer refuge, and provide solidarity through its focus on modern femininity. “Our sound is a place of refuge. Its roots are deep, and its arms are stretched open wide,” says Lou. “This is the gospel of creating beauty from pain.”

“We recognize an imbalance in the imagery and symbolism of the divine,” adds Davis. “We sing from a source deep within us that honors and elevates the feminine as much as the masculine.” The artists’ statements come with a disclaimer — not to mistake the album’s nurturing tenderness for weakness. These songs emerged from the deep darkness of the earth and were sung awake through relentless storm. As Erlewine puts it, “We are here, very much, on purpose.”

The Dream That Holds This Child is available May 15th, 2020.

Connect with The Sweet Water Warblers: