UK guitarist ALBA premieres her Official Music Video today for her single “Mass Extinction.” The song was recorded at Vibey Studios in France, Mass Extinction has been produced and co-written with acclaimed-producer James Sanger (Dido, Keane, U2), and mastered by Andy Baldwin at Metropolis Studios in London. The video Director & DoP is Director & DoP is Harry Oliver of LyceumWalk Productions and 1st AC is Eduardo Fuica.

ALBA has joined forces with Extinction Rebellion (XR) and Music Declares Emergency as one of the first artists selected globally to be part of the newly-created XR record label ‘Sixth Mass Extinction Recordings’, under which Mass Extinction will be released to help to raise funds to combat climate change.

ALBA will be performing at #ExtinctionUnderground, the first festival of its kind, where 80 artists across different genres have come together in response to the climate emergency. The festival will be held next Saturday 22nd of February at The Vaults in London with all early-bird tickets already sold out. 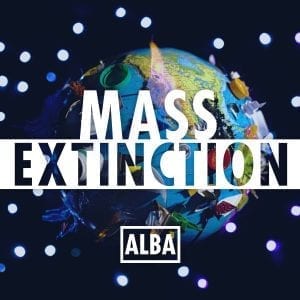 ress Release:  ALBA has made her way into the UK music scene armed with her smoky, soulful voice, virtuoso guitar skills, and captivating live performances.

The Spanish-born singer, songwriter, and guitarist has developed a timelessly classic yet fresh neo-soul-influenced pop-rock sound, that has taken her to stages across the UK including The Cavern Club, Ronnie Scott’s, Lancaster Music Festival, or The Alternative Escape.

Lyrically, ALBA’s songs are both thoughtful and thought-provoking, as she uses her music to make a difference and raise awareness about social and environmental issues, speaking up as a feminist and an environmentalist.