Toronto, ON – 4th February 2021– Toronto ensemble Vallens announce details of their second full length album. In Era is set for release on 19th March via Hand Drawn Dracula. Vallens also share the video for their first single “If I Don’t“ which is available now on all music services.

The most fascinating and lasting artists to trip across the vast field we know as “popular music” are the ones who consistently allow us to ride shotgun along with them as they figure out who they are as artists. Robyn Phillips and malleable art-pop combo Vallens are moving along such rarified lines.

On In Era, the band’s second full-length LP and third release overall for esteemed Toronto indie label Hand Drawn Dracula (No Joy, Tallies, Beliefs, Cousins, Mimico)– vocalist, guitarist, keyboardist, songwriter and originator/overseer Phillips and the stable Vallens core of bassist/multi-instrumentalist Devon Henderson and drummer Colin J. Morgan are still audibly figuring out who they are. But the picture of what Vallens can be and will become as time goes on is growing more confidently defined, if tantalizingly and willfully indistinct.

The first single “If I Don’t,” expertly aligns the Vallens you already know with the Vallens of the future, that perhaps most perfectly captures this moment in the band’s evolution.

“If I had to pick one song to show to someone and say ‘This is how we sound now,’ I think that encapsulates it best,” says Phillips.

On In Era, Vallens is definitely more than a little bit noisy and swoony and “shoegaze” and troubled and romantic and Goth all the other terms we’ve come to associate with the name through Vallens’ evolution from a Phillips solo project in 2014 – kickstarted when Psychic TV contributor Jeff Berner talked her into recording a couple of tunes she was too nervous to play for anyone else after a chance meeting in New York – into the scorching-but-artful guitar band displayed on 2016’s debut Consent LP and 2018’s even more scorching, albeit also more artful, follow-up EP Dimmed In My Display. But it’s also resolute in being so much more than the expected sum of those parts, being much more “Vallens” than we’ve yet realized Vallens could be. And can be. And will be.

In Era is a transitional album for a band that’s established quite quickly that it intends to remain in transition indefinitely. And, due to current global circumstances during the COVID-19 era, its breakup-haunted, “Alright, what’s next?” thematic content has wound up becoming oddly prescient. Albeit accidentally. “It’s largely about a transitional time in someone’s life where they have ended an era of their life and can see the next one forming but are floating in between two things,” says Phillips. “It was written before COVID times but it weirdly feels even more apt and appropriate now.” 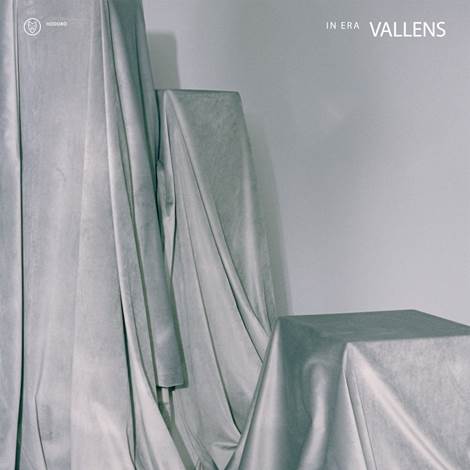 02. While You Are Still Waiting