NASHVILLE, Tenn. – In time for the holidays, sibling group The Runaway Hamsters (aka TRHibe) is delivering a yuletide performance of an original tune, The Baby King, along with official music video. This song is available on all major digital retailers including iTunes, Spotify and Amazon Music. Fans can also see the music video to The Baby King today everywhere online. (Click HERE to watch).

This song has a traditional classic country feel with overtones of the latest country sounds and is a continuation of the country blend they have delivered over their recent EP’s. “Christmas is one of our favorite holidays,” says lead vocalist Isabella Keen. “We were so excited to record a holiday tune. This was received as a blessing and delivered to the world to enjoy. We wanted a joyful message to celebrate what the true meaning of Christmas is all about.”

This video was directed by Sun Valley Film Festival award-winning director Christian Lybrook (famous for his short films including Carbon, The Seed and Split Rail as well as producer of 6 Dynamic Laws for Success), Cinematographer/Producer Gregory Bayne (6 Dynamic Laws for Success, Zero Point, etc) and was filmed at their favorite local florist, Boise At Its Best. “This florist decorates for Christmas every year,” says Gabby Keen from the TRHibe. “The owner Georgia helps the community in any way she can and that is something we strive to do. She is always helping others and was so kind to let us use this beautiful location.”

“We even had this huge plate of homemade butter cookies that Georgia left and told us to help ourselves. We literally only ate those cookies during the entire shooting of the video,” says Riley Keen. “Nothing else. It was straight sugar all day,” laughed Abby Keen. 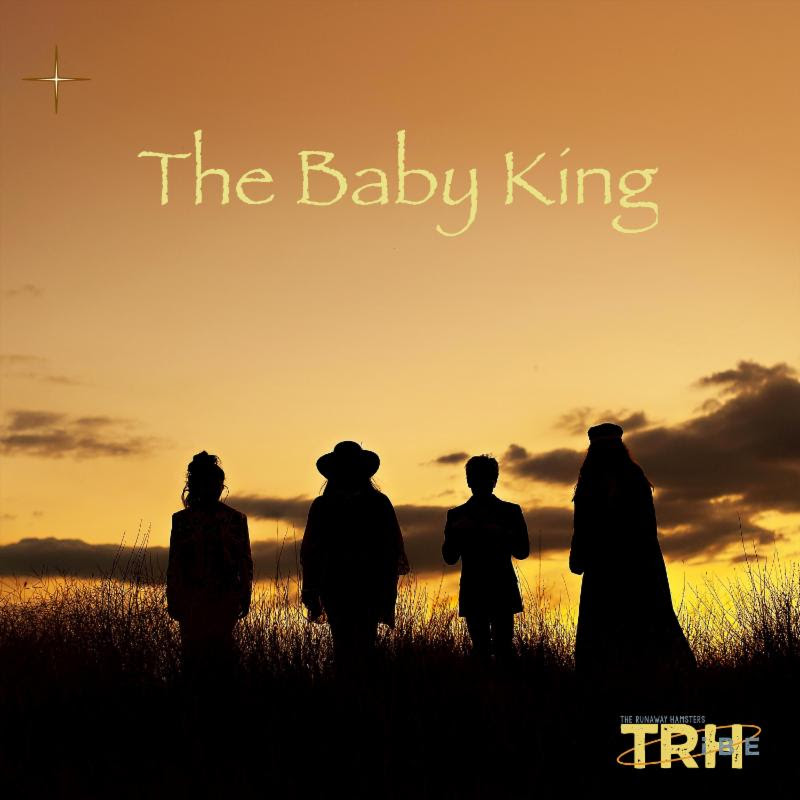 The Baby King was written by the TRHibe and Steven Keen, produced by TRHibe and their long-time Grammy-nominated producer Kent Wells (Dolly Parton). Engineered, mixed and mastered by Scott Pergande at The Mix House. Their latest EP Brothers and Sisters showcases their signature stamp of honest, heartfelt music fans love. Though, as the group is recognizing their own evolution and beginning to also use the name TRHibe – their music is growing with them. Their last video for their single GO! received major video placement on PARADE magazine as well as being aired on Music Choice (digital cable television channel or via mobile app) and in 200+ Rooms To Go stores across the U.S.

About The Runaway Hamsters: This group consisting of Isabella and her triplet siblings — Abby, Gabby and brother, Riley — has accomplished a lot relative to their age. Best known for combining their musical talent and huge hearts, they create music that is original, engaging and heartfelt. This effervescent group started in early grade school and gained notoriety when they used both their musical and songwriting abilities to raise money, which helped the hospital caring for a second-grade friend with cancer. Since then, they have continued to use their talent, big hearts and music to help others.

The Boise, Idaho natives have performed from Nashville to LA, opened for Andy Grammer, took part in The National Finals Rodeo Cowboy Christmas in Las Vegas for the past three years, appeared on numerous TV networks, performed on WSM-AM (home of the Grand Ole Opry), been submitted twice for a Grammy consideration in the children’s category, played the famous Bluebird Café and participated in CMA Music Festival for the past few years where they met fans, signed autographs and performed.