CLEVELAND (October 20, 2022) – The Rock & Roll Hall of Fame has teamed up with EarthQuaker Devices (EQD), the Akron-based guitar pedal manufacturer for a collaboration that features a series of limited design and colorway guitar pedals.

Sharing the common mission of using music as a mode of inspiration, the Rock Hall and EarthQuaker Devices are thrilled to come together for this special partnership. Known for their handmade effects built to inspire a lifetime of musical adventures for all sonic explorers, EQD pedals offer musicians a unique sound and superb technology.

The first pedal of the collaboration, Plumes, was released as an online exclusive item. With few still available, it is a unique, all-analog approach to a classic tube-like overdrive circuit offering 3 different clipping voices, loads of headroom and almost three-dimensional clarity that will push your amp over the edge.

The second pedal, the Hizumitas, is a Fuzz Sustainar originally designed for guitar player Wata from the legendary band Boris. The heavy distortion and smooth sustain, combined with an underlying grit delivers an unmatched clarity that is unsuspected of such an aggressive sounding pedal. 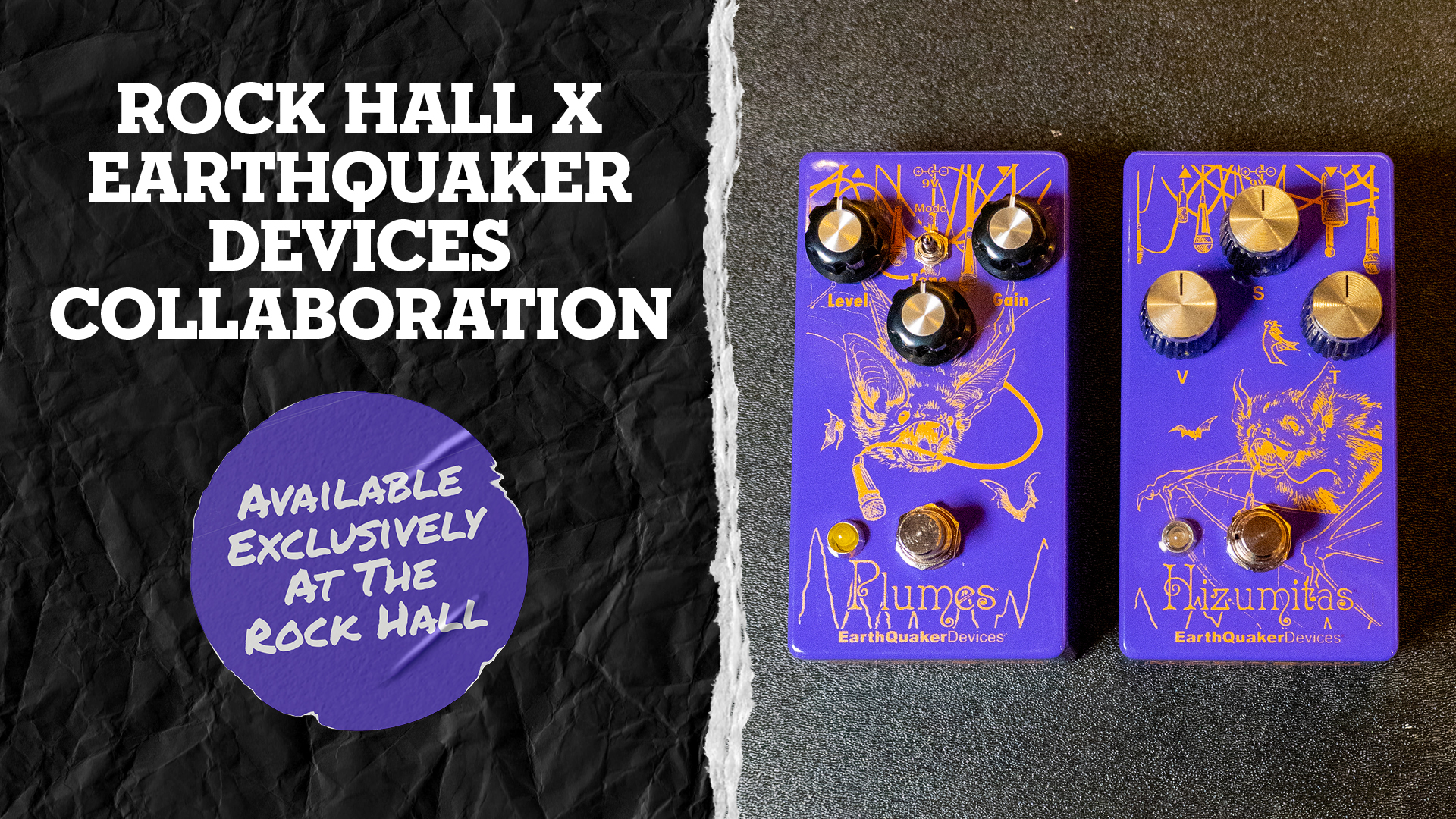 “Collaborating with Wata to release the Hizumitas is a dream come true! Wata is an incredible guitarist and Boris is one of my favorite bands, I’m stoked to have worked on a pedal that is such an important part of their sound,” said EarthQuaker Devices Founder and President Jamie Stillman.

Fans can expect to see additional releases from this series of Rock Hall X EarthQuaker Devices later this year. The RHxEQD pedals will also be available to Museum visitors in the Garage, allowing them to explore their personal sound in the Rock Hall before taking one home.

“Effect pedals are a massive part of guitar driven rock and roll,” said Rock Hall President and CEO Greg Harris. “Throughout the years, Inductees ranging from Jimi Hendrix to The Edge have relied on effects pedals to craft their own unique sound. Thanks to EarthQuaker Devices, we invite you to shred with us at home or inside the Museum’s Jam Room using our limited-edition guitar pedals.”

“Seeing a project like this one come to fruition — especially when collaborating with Northeast Ohio pedal manufacturer EarthQuaker Devices— is a very gratifying experience. Factor in an iconic museum? That’s icing on the cake” said Zart.

The pedals are available for purchase in the Rock Hall store and online.