“Summertime is a throwback to the mid-90s – summery vibes and nostalgia” says The Midnight Preachers.

Founded by Eoghan MacSheain in the north-west of Ireland in late 2017, The Midnight Preachers blasted onto the Irish music scene with a distinctive rock sound. Featuring rich vocal harmonies, Fender Rhodes and classic rock style riffs, their ﬁrst single “California” debuted at #2 on iTunes in Ireland, with the follow up single “Pusher Woman” receiving critical acclaim in publications such as Classic Rock Magazine in August 2020. 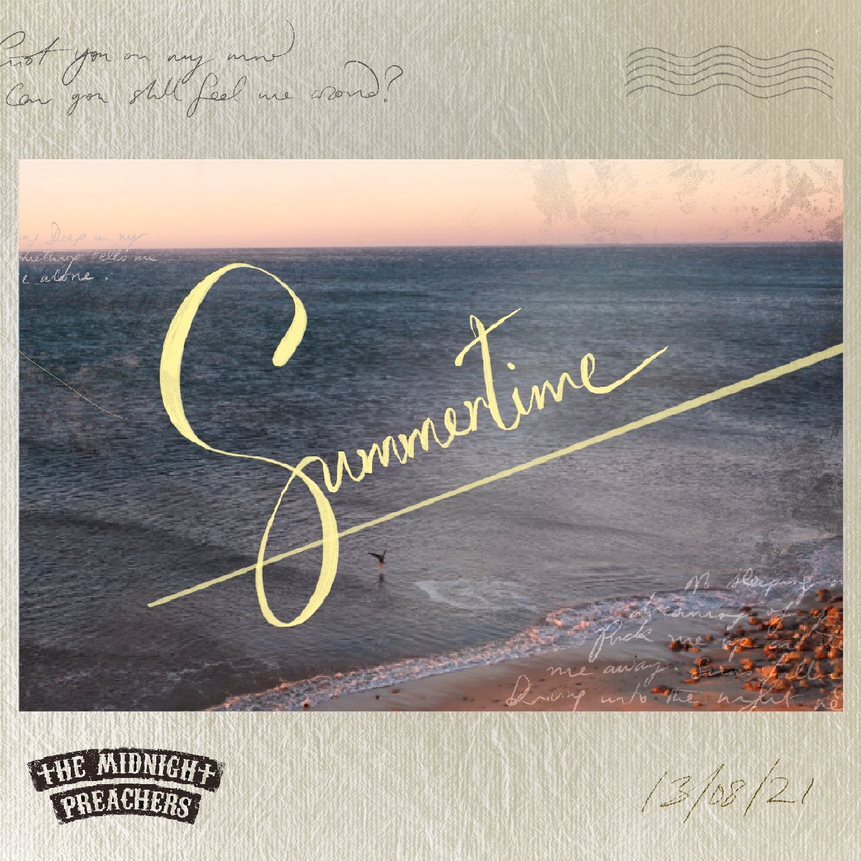 THE MIDNIGHT PREACHERS IS:

Eoghan MacSheain – Singer / Guitarist / Pianist & Producer
Taking inﬂuence from the wild on-stage presence of Rory Gallagher, Eoghan provides an energetic and ‘out there’ performance. As a guitar player, his hard rock sensibilities have led to him touring and performing with Bobby Kimball (Toto), Chris Slade (AC/DC), and signing endorsement deals with DiMarzio Electronics, Vigier Guitars, AMT Electronics and Breedlove Guitars.

Emer McLaughlin – Singer / Bassist
Emer’s voice has been compared to Stevie Nicks, Kim Carnes and Norah Jones, and her bass playing to that of Phil Lynott. With a blues infused alto range, she sings lead, as well as backing vocals, and co-writes all of the band’s material.

Colin Kenny – Drummer
Colin Kenny is a seasoned rock drummer who has performed with many notable Irish acts throughout the years, both in Ireland and abroad. He brings the funk.

More Music From The Midnight Preachers: