Connections between partners, whether they be spiritual, romantic or creative can be the origin of true magic. The journey of Brianna and Kurt, and evolution of their creative collaboration, has yielded an album that defines both of them through the vehicle of The Jorgensens. There is an honest authenticity of the repertoire they’ve created which is both timeless and classic.  Their performances are genuine, soulful and relatable for many who will hear these songs. This kismet did not emerge overnight, but is the product of years of being in one another’s creative lives, collaboration, friendship, and inevitably falling in love.

Kurt and Brianna began working with one another in 2014.  They were introduced by her mother, who had been a long-time fan. Brianna recalls, “She thought that we would work well together and knew that Kurt had put out multiple records that sounded great. We met in St. Paul at his house and I played through some of my original material. As soon as he started playing along with me the music instantly clicked. There’s no denying that it was a musical match from the get go, and we became fast friends. Every week we’d get together and cut tracks at his studio, and in the process shared details about our lives. We saw one another through some tough times. It was a moment in time where Kurt was getting divorced, and I was getting sober. What a pair we were. The writing and recording gave us an out from each of our realities. Detaching from the drama, we were able to place our energy into creating something good. As I approached the end of the recording process it occurred to me that my time with Kurt was possibly coming to a close, and it saddened me. Not only musically did I love working with Kurt but I’d grown to love Kurt as my near and dear friend. I think he was the first person I’d ever been honest with in my life, and I didn’t want the collaboration to end. Kurt felt the same way, and we decided we were going to write, produce, and record an album together, while playing acoustic gigs as a duo. We completed our first album titling it ‘Love Wins’ because in the process we fell in love with each other romantically.” 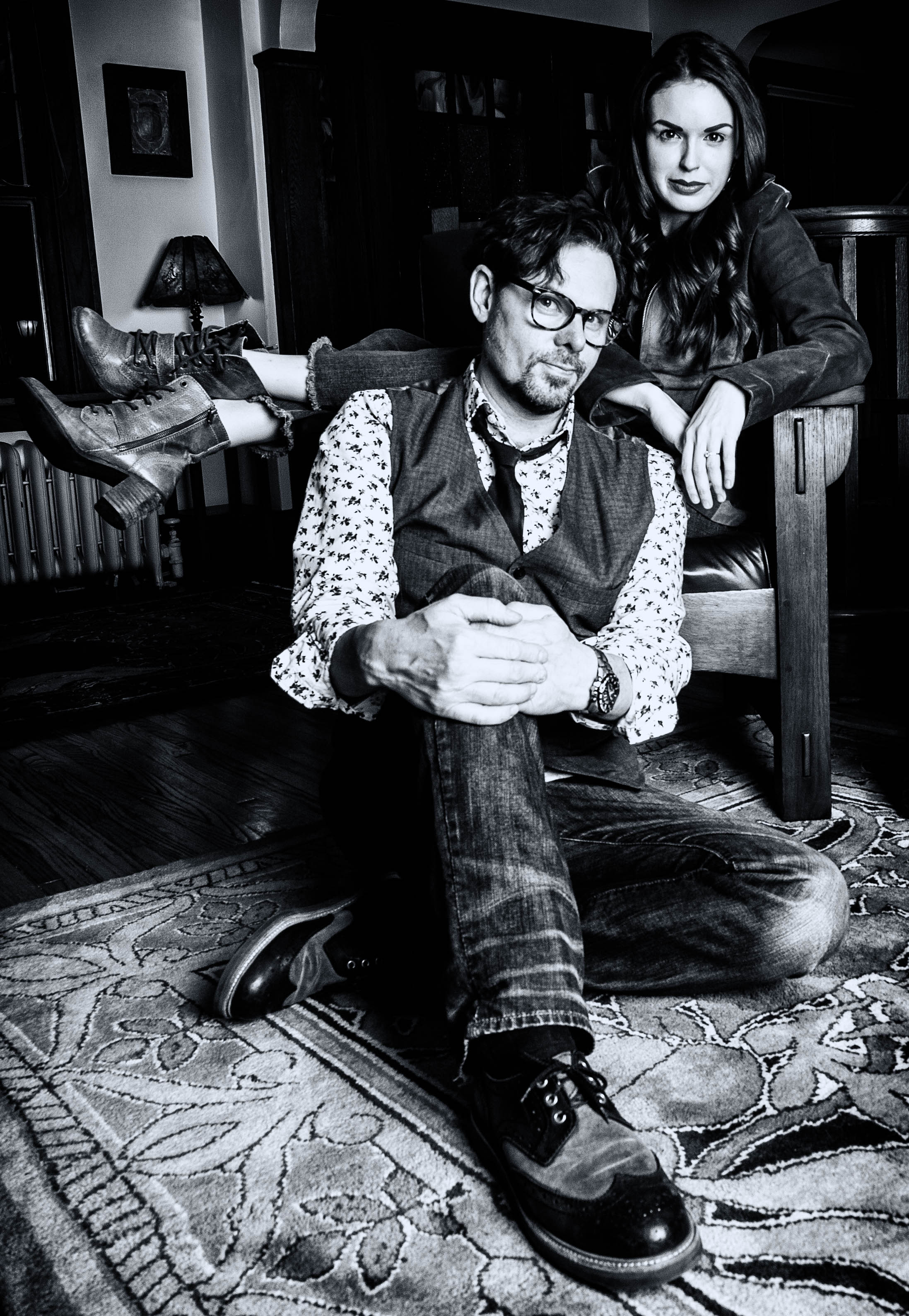 For Kurt, he reflects, “I was interested in producing other musicians, but was not interested in just recording people for money. I had listened to some of Brianna’s music and thought she had some well written songs and a very distinctive voice that separated her from other female singers. It is important to me to be unique or different, and Brianna felt refreshingly real in every way. As you would imagine we spent hours, days, and nights with each other so it was easy to start falling in love. She would show up in the morning for breakfast, and hours later would be leaving after a late dinner. As we were getting close to finishing, we had talked about the possibility of me playing guitar in her band. She didn’t have enough material to fill a full night so we started adding in some of my songs, and not long after we were bouncing song ideas off each other and it clicked fast.  We formed as a team, and re-tooled my band as co-band leaders. Since then we have never spent a day apart.  She is the love of my life on and off stage, and we have a 2-year-old boy and some great music as a reward.”

The repertoire that has become “The Lexington Stretch” album is an amalgamation of genres colliding with ease and flow that organically morphed into a sound that simply feels natural to the listener. Whether inspiration is drawn from the roots of the Blues, musicianship embodied in Jazz, or the heartfelt purity that defines great singer-songwriters and elements prevalent in Americana, this band’s music is simply their own.  The album is a testament to the beauty of witnessing a melting pot fusing varying inspiration together while creating a cultural afghan that feels warm and cozy once woven together. Songs that define this realized vision include “Voodoo,” and “Storyville,” while others like “Goin’ Goin’ Gone” are simply genre-specific.

Alongside the original repertoire, the cover of Willie Dixon’s “If the Sea Was Whiskey” is a standout tribute to the classic. Kurt recalls, “I have loved Willie Dixon since I was 15. Once my parents were out of town, and I knew he lived in Chicago.  So, I called every Willie Dixon in the Chicago area to tell my hero how much I loved his music. I never did get him on the phone. I’ve wanted to record a song of his since that early age, and with the theme and feel of this album it fit. I did spend the rest of my 15th summer paying off our long-distance bill, seeing that my dad was not very happy about my quest.” The recording of “St James Infirmary” was the first track captured for this album. Brianna shares, “While we were working on my solo album back on 2014, one day we were taking a break he and asked me if I was interested in hearing what he was working on. I obviously was, and so he played this song for me. I was blown away, and asked what he was going to do with the recording. I was shocked when he told me ‘probably nothing’ because it didn’t fit appropriately anywhere on albums he had coming up. He had recorded it for himself because he loves jazz, and was inspired by a version he had heard the Preservation Hall band perform. We started hanging out in New Orleans quite a bit, and was instantly in love with the city.  I felt at home there, and was enchanted by the sound, performances, storytelling, culture, food, fashion, architecture, EVERYTHING. At some point I told Kurt the next album we do has to be something that his version of ‘St. James Infirmary’ would fit onto appropriately. His rendition of that song in my opinion shaped the whole sound of this album. Now, we obviously weren’t going to record a whole album of traditional New Orleans jazz, BUT we could create an environment through horn arrangements and storytelling that made that song feel right at home.”

The album title celebrates the Jorgensens everyday life. It’s a reference to an area where they live, write music, record their songs, eat dinner as a family, entertain, and reflect on all things that are life. But more broadly an ode to St. Paul, Minnesota. The Twin Cities have treated them well professionally, where they continue to perform hundreds of shows a year supported by the fans and musicians who have one of the greatest scenes across America’s cities. Kurt was acknowledged by the Minnesota Music Awards with the trifecta – Artist of the Year, Album of the Year, and Songwriter of the Year. He reflects, “I think I was able to do that here because of our strongly supported art and music scene. It is diverse and the quality of life is great. If it weren’t for our cold winters everyone would want to live here. You’ve got be tough to make it through 20 below zero and lack of sunlight for months on end. The summers are amazing, and many of musicians who do live here (all very tough) are as good as you will find any place on Earth. Brianna adds, “I love living here because it’s beautiful, progressive, entertaining, and comfortable and these are all things that fuel my creativity. I have a sense of belonging when I’m here. I feel peace, and pure happiness. St. Paul is filled with wonderful restaurants (I’m a major food enthusiast), book stores, coffee houses, nature parks, museums, theaters, historical sites, I mean the list goes on and on. I’m loud and proud about St. Paul and I always will be.”

The union and commitment these two individuals made to one another has been the core of this evolving creation which grows exponentially with every passing year. As Brianna reflects, “Sometimes when you do life together to this degree you forget about the deep stuff. We are to a point where we know one another so well that we can basically speak without speaking. Reflecting on us, it makes me feel the clarity that we do have something special here and I can’t wait for more people across The World to hear, feel, and embrace this small piece of us we aim share through our songs.” Kurt offers, “Looking back, I am proud of the legacy of collected works which encompass over a hundred songs released before we started working together. I had been trying to create the Americana Soul sound for a long time. It plateaued, and needed fresh life.  Brianna helps me grow, and to be a more ‘unchained’ artist than I was before (pun intended).  With this album, I think we’ve finally reached that pocket where there is a balance of creativity, songs and the sound we’ve been hearing in our heads slowly refining themselves to become what is now “The Lexington Stretch.” 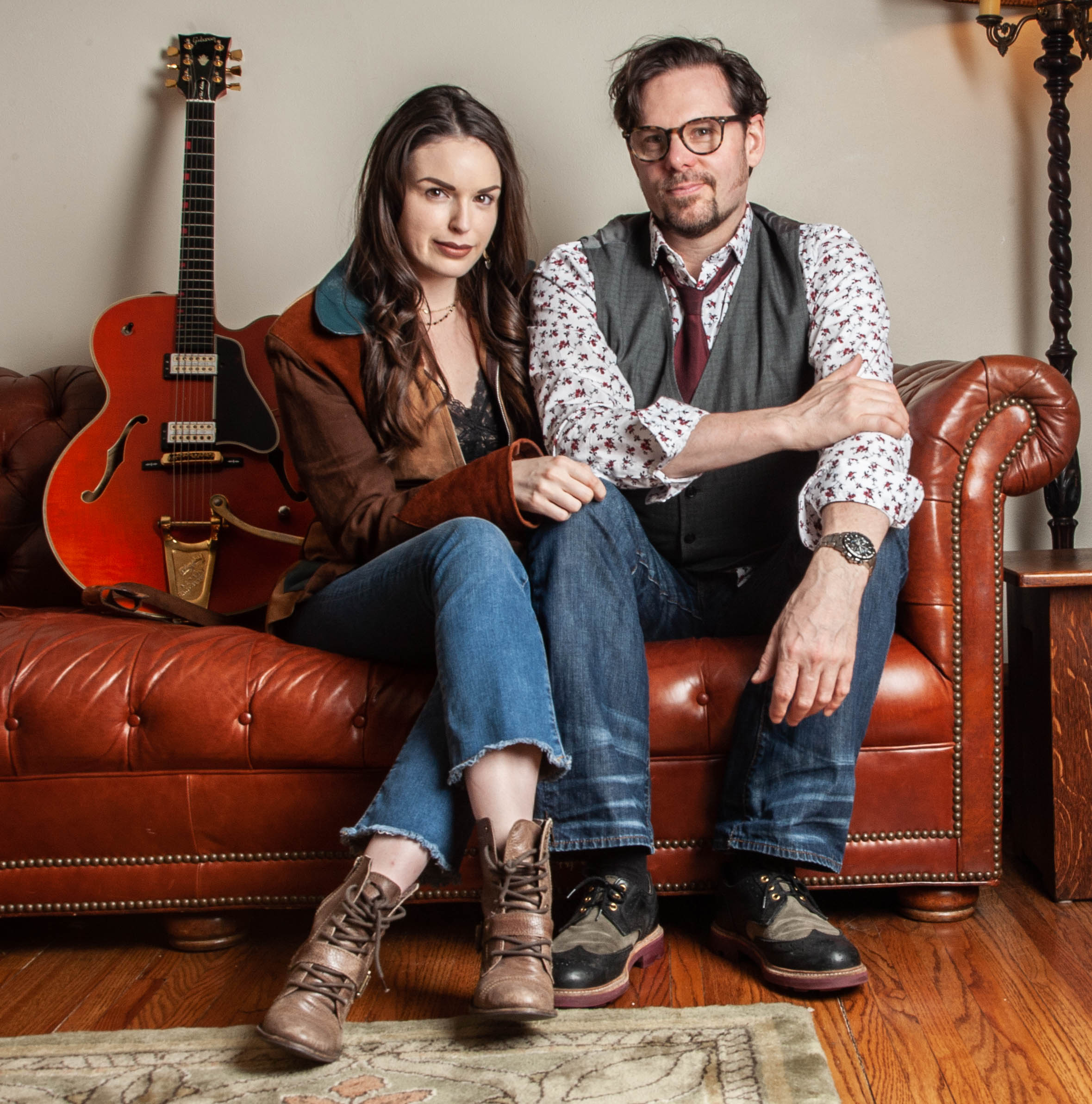 Whether as a duo or band, The Jorgensens stage more than two hundred performances annually. The duo has announced an album release concert planned to be staged at St. Paul, MN’s The Como Lakeside on Saturday, September 14 at 7PM. Kurt and Brianna will be accompanied by eight additional musicians for this special event. For more detail on the 10-piece ensemble and ticket click here: https://www.brownpapertickets.com/event/4216486. Additional confirmed appearances include: