“Crowded Table” is the second song unveiled from the collective’s highly anticipated self-titled debut album, produced by Grammy Award-winning producer Dave Cobb, which will be released September 6 on Low Country Sound/Elektra Records. New merchandise is now available through exclusive pre-order bundles via The Highwomen’s official webstore. $4 from each bundle sale will be donated to She Is The Music—a nonprofit organization committed to driving inclusivity and equality for women in music with the goal of transforming the industry’s landscape. More information can be found at https://sheisthemusic.org.

In celebration of the release, The Highwomen will make their live debut this afternoon at Newport Folk Festival. This landmark performance is their only confirmed full concert to date. Additionally, the group will make their television debut next Tuesday, July 30 on “The Tonight Show Starring Jimmy Fallon.” 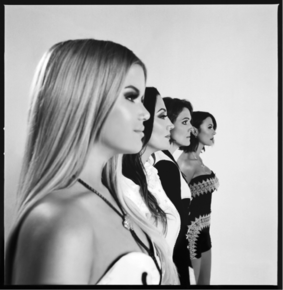 “Anyone can be a Highwoman,” Carlile notes. “It’s about banding together, abandoning as much ego as humanly possible, holding one another up and amplifying other women every chance we get. Shoulder to shoulder. One push, one love.”