October 7, 2022 – Indie singer-songwriter Stephanie Hatzinikolis is thrilled to release her new single “Savor Me” which is out now.

Stephanie says, Dark, intimate, and intriguing, Los Angeles indie pop-rock artist and songwriter, Stephanie Hatzinikolis, has a lush and dreamy way of saying ‘revel in the good because it won’t be forever’. Melancholic yet hopeful at times, Stephanie sings about a failing relationship, a failing world, and her bittersweet struggle for strength and perseverance. Fans of Elliott Smith, Sufjan Stevens, and The Beatles are certainly going to connect with this latest offering from Hatzinikolis.

Heavily influenced by the likes of Elliott Smith, Sufjan Stevens, and The Beatles, Stephanie Hatzinikolis has a passion for creating lush, dreamy indie-pop vibes while tipping the hat off to alt-folk, alternative, and indie-rock alike. Personal and innovative, the Los Angeles-based artist and singer/songwriter focuses her latest release, “Savor Me,” on a failing relationship, a failing world, and her bittersweet struggle for strength and perseverance. Trading her hoodie for a dress in her first full production music video, directed by rising indie film maker, Alejandro Montoya Marin (Robert Rodriguez’s Rebel Without A Crew / Millennium Bugs), Stephanie steps out of her comfort zone to present her song in a more immersive and intimate way. The track was produced by Killah Cortez (The Kooks, JJ Wilde, Cheekface) and recorded at Elliott Smith’s former recording studio, New Monkey Studio in Van Nuys, CA with artistic and musical contributions from Nico Barouhas (bass) and Alex “Gonzo” Gonzalez (drums). Catch the full EP, Mockingbird Days, coming November 11, 2022.
“Savor Me” is out everywhere at https://linktr.ee/Hatzinikolis 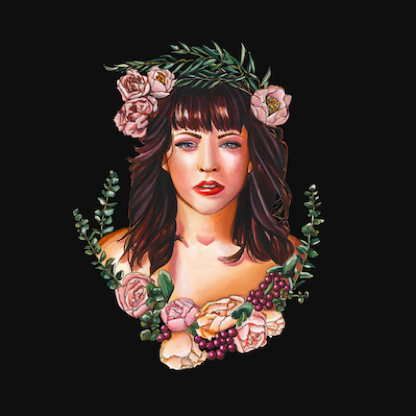