June 8th, 2022 (Nashville, TN): After years branded as The Highway Women, The newly branded ElectraQueens have revamped  their sound and image. “Walk Away” is the first original song by the ElectraQueens. Their vocals and harmonies are more stunning than ever before as they quite literally walk away from everything we thought we knew about the group. Their new music video for “Walk Away” released today via VEVO.

“We made great strides along the way, as The Highway Women. We built a formidable fanbase, released music and videos with critical acclaim. When we found Jenane, Alyssa, and Gabrielle, it was a seamless transition as the three group members brought a musical diversity beyond country music.  It became obvious that the timing to rebrand was now! The band loved the idea of the titled song.  We have all been through so much in the past few years, including the pandemic and a shift in life as we all knew it.  We wanted to launch the new group with an inspirational and uplifting song, because it feels great to walk away and free ourselves from the past and march boldly into a new future.” -Jill Pavel (Owner)

This music video for ElectraQueens’ latest single, “Walk Away,” takes a simple but elegant direction to elevate an already phenomenal track to another level. The new lineup weaves their personal styles and exploit their intense level of talent and insane harmonies to other genre-based audiences. Viewers are presented with a simple yet classy visual with the main focus on the groups incredible vocal presentation and their seamless and natural blend of harmonies and powerful delivery.

“We wanted a simple video, with the focus on the powerful lyrics paying homage to the music and composition written by Tony Luke Jr. and Joe Callari.” – ElectraQueens

ElectraQueens are indeed walking away from the past, and they’re doing it with undeniable grace and style. ElectraQueens aren’t here to play around–they’re cementing their place in the music community celebrating the lost art of the girl bands past, one single and one video at a time.  The ElectraQueens will be dropping a new single each month through 2022. 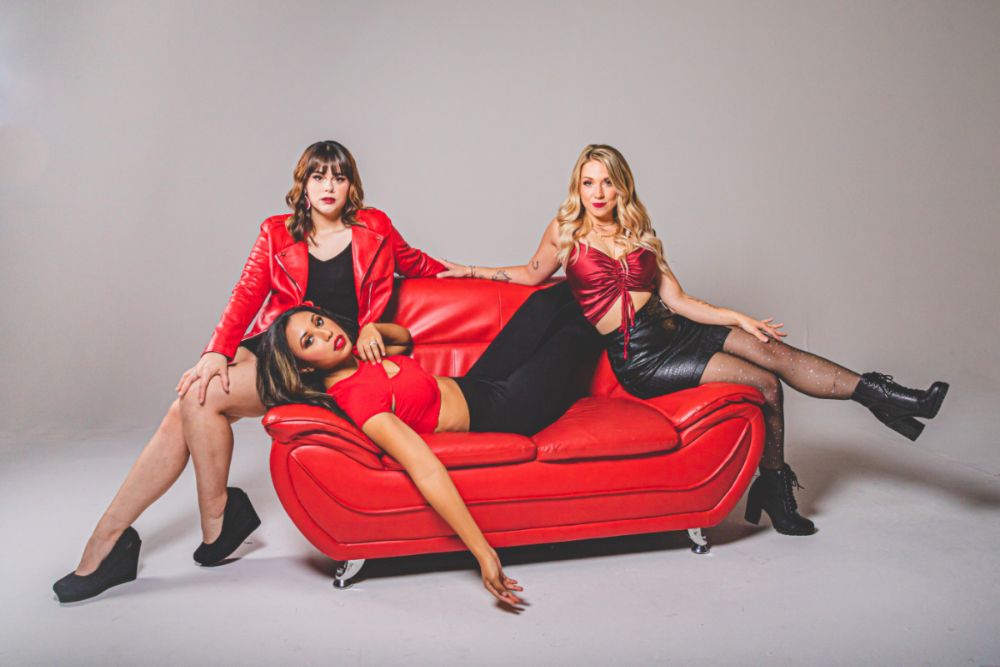