Rising chanteuse Sophie Auster is slated for a special run of supporting dates with iconic British musician Bryan Ferry, who was inducted into the Rock n’ Roll Hall of Fame this year for his work with Roxy Music. This intimate affair will run through the East Coast, with the symphonic pop diva taking the stage in Chicago, Detroit, Boston, and New York’s legendary Capitol Theatre.

Sophie Auster is fresh off the release of fourth record Next Time. Produced in the solitude of the Swedish countryside by Tore Johansson (New Order, Tom Jones, a-Ha)Next Time marks a first for the New York-based artist who had never before recorded outside North America. The tracks became colored by the stillness and reflection of her surrounding landscape, with the singer-songwriter crafting lush orchestral fantasies of affairs abroad (“Mexico”), poetic remembrances of heartbreak (“Black Water”) and reflections on a unified ecstatic love (“Dance With Me”) threaded together by her haunting voice. Her new EP, History Happens At Night (BMG), will be out in November.

Lead single “Mexico” is also included in the soundtrack of John Turturro upcoming filmThe Jesus Rolls, forthcoming by Screen Media in 2020. Following a trio of misfits whose irreverent, sexually charged dynamic evolves into an unexpected love story, Turturrowrote, directed and stars in the film, which co-stars Bobby Cannavale and Audrey Tautou. .Jon Hamm, Susan Sarandon and Pete Davidson also star in the film. A lush orchestral fantasy of an affair abroad gone-wrong for the lover, “Mexico” sees Sophie Auster portraying herself as a scamming, scheming leading lady in a hazy true-crime dream. 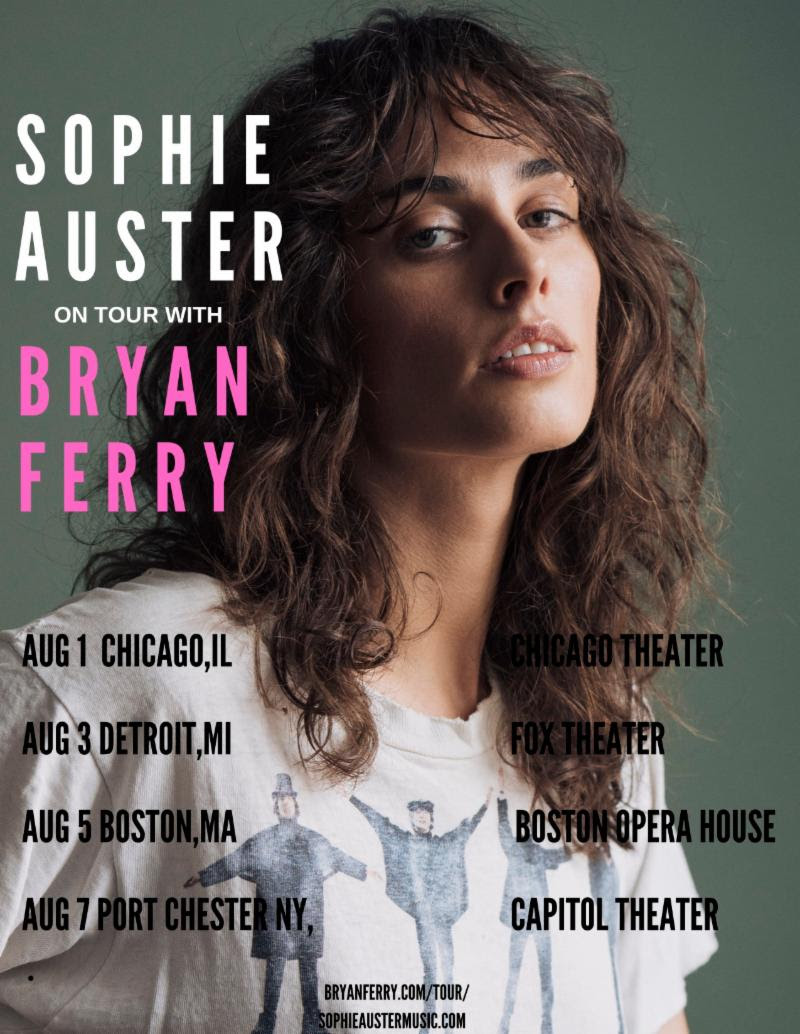