With nearly 40 years as a band under their belt, the formidable force of SHONEN KNIFE shows no signs of slowing down. Their sugary punk appeal transcends just their music alone, as their videos, colorfully Mondrian-esque fashion aesthetic, and frenetic live shows can attest.

With the release of their latest video, the title track of their 19th solo album SWEET CANDY POWER (Good Charamel Records; release date June 5, 2019), the Japanese punk trio combines all of this for a funtastic and infectious shout-along. Premiering on industry tome BrooklynVegan who lauds the new album as “another very fun batch of the kind of Ramones-y bubblegum punk that Shonen Knife have been churning out for nearly four decades”, the “Sweet Candy Power” video is like a bag of Pop Rocks… It starts out sweet and tangy but quickly explodes into an all-out punk fest, celebrating the energy boost of all types of confections.

In addition to the new video, sisters Naoko and Atsuko with drummer Risa are announcing a North American tour kicking off at Los Angeles’ Bootleg Theater on August 23rd and wrapping around the continent till early October when they conclude the tour at Pittsburgh’s Cattivo, and includes a date opening for Black Flag in Dallas, TX on September 14th. (tour dates below)

Featuring sisters Naoko and Atsuko with drummer Risa as well as special appearances from Shonen Knife alumni Ritsuko and Naru, Shonen Knife have inspired dozens of artists and fans over the course of the last 38 years. Weathering the music industry’s ups and downs with their sparkling and seemingly innocent attitude intact, Sweet Candy Power continues to indulge in the band’s obsession with food. From the sugar-rush-inducing title track, to new classics such as “Ice Cream Cookie Sandwiches,” “Peppermint Attack,” and “California Lemon Trees,” they make music that makes people happy and joyful and have consistently done exactly that for decades. 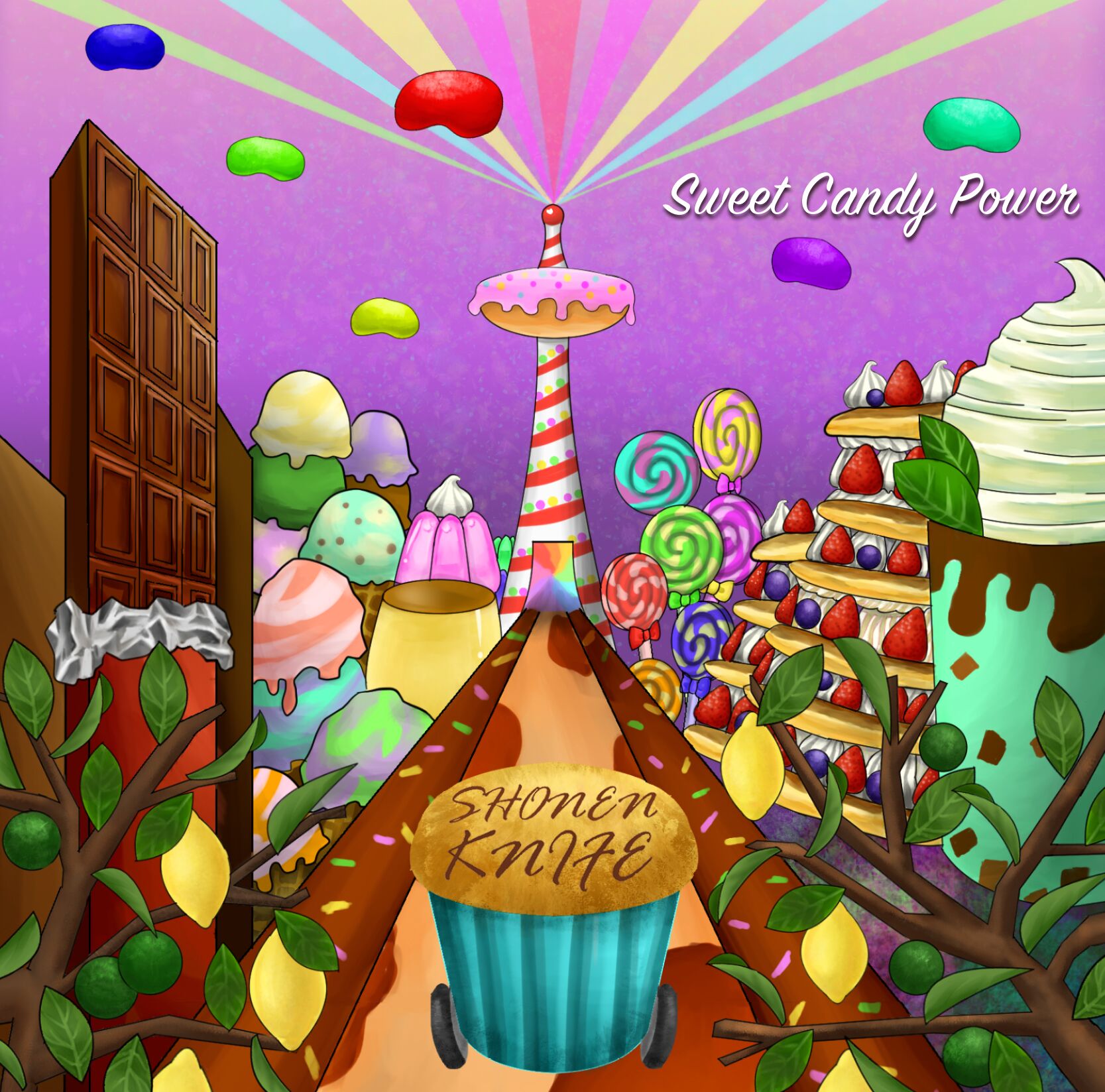 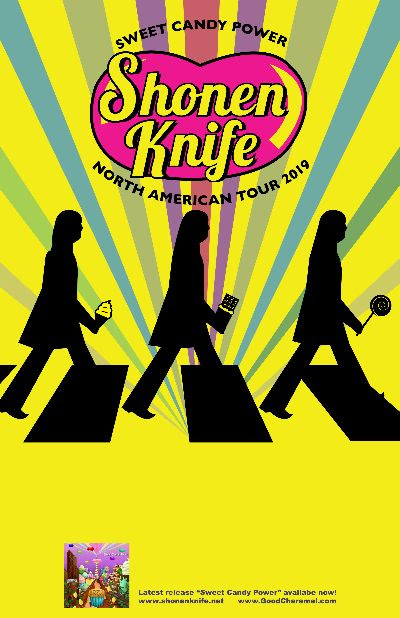