S.G. Goodman, today released her latest song “If It Ain’t Me Babe,” from her Jim James (My Morning Jacket) produced album, to be released July 17 on Verve Forecast. Goodman will perform tonight on SPIN Magazine’s Instagram at 9pm ET.

Discussing the track which was premiered by BrooklynVegan, Goodman stated, “I had the chord progression for over a year before life would give me the story to put over them. This turned out to be another love-lost ballad, that I would finish under a harvest moon in Joshua Tree in 2018. I have to admit that these lyrics were hard to write, and that I hated every moment they came to me. I truly lived through them, and hoped for the day that the distance found through time will take them further away from the truth they hold. It is songs like these that I’m thankful for not being a gifted guitar player. It is a gift of its own to have to focus on my playing and not what I am saying.”

Goodman recently performed a protest song “We Don’t Want You Mitch McConnell” on her Instagram, joining Kentucky musicians Nathan Salsburg and Joan Shelley in support of Charles Booker in his run for the US Senate. Speaking to Medium about her endorsement for Booker, Goodman stated, “Rather than investing in broken systems, I would like to see a Senator who invests in education and social welfare.” Adding, “[Booker] isn’t owned by corporate interest, unlike McConnell who has proven that he will always put corporate interest first.”

The song was released on her Instagram page, which can be viewed here: https://www.instagram.com/p/CBn6xj0p_LV/

Goodman met Jim James after they were connected by mutual friend, songwriter Daniel Martin Moore and James who believes, “She’s living proof that we can be whoever we want to be, no matter where we come from.” Goodman promptly landed a deal with Verve Forecast, allowing her to quit a day job working in a taco restaurant. Fast becoming one of 2020s most revered emerging artists, Goodman has received early admiration from tastemakers including Rolling Stone Magazine, who spotlighted her as one of the “Women Shaping The Future”, and included her as an artist to watch in the latest edition of the magazine. NPR Music included her in the All Songs Considered podcast of artists they missed at SXSW.

Raised in Western Kentucky on the Mississippi River Delta in a strict church-going family of row crop farmers, Goodman went from singing in church three times a week to a prominent member of the Murray, KY indie scene. She grew up in one of the most isolated parts of Kentucky, and Goodman’s new record catalogs her unique perspective of feeling like “the insider who is also the outsider.”

Filled with biblical references and southern imagery like Red Birds, Cypress knees, and coal miner’s sons, Old Time Feeling is a conflicted ode to the south filtered through her lived experience of heartache, protest, estrangement, and reconciliation. Goodman is an impassioned and idiosyncratic voice, seeking to debunk rural stereotypes while exploring mental health and living with OCD, as well as her sexuality and the notion that you can still love your family and community even though you may disagree with them. 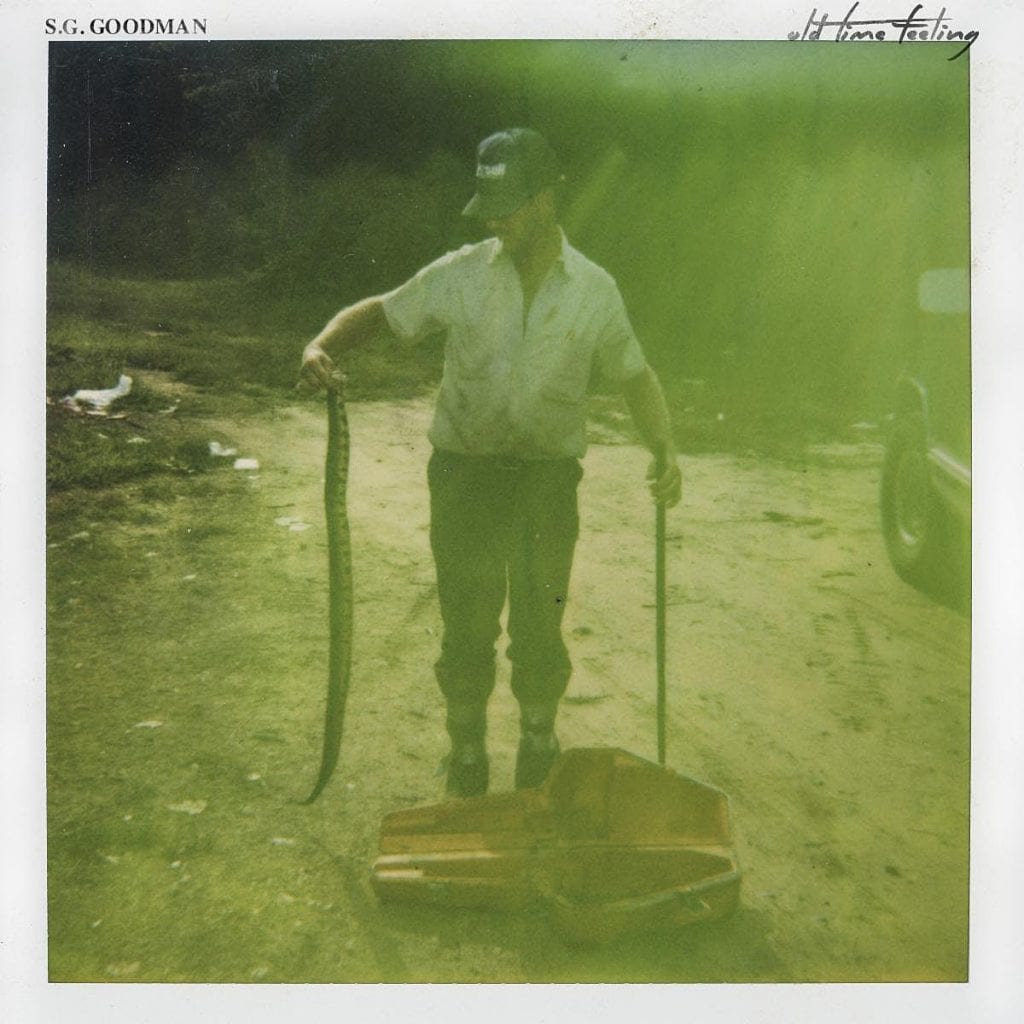 Old Time Feeling was recorded over seven days at Louisville’s iconic La La Land Studio, chosen by Goodman as it possessed three of her favorite things. “A creek, a big porch, and a kitchen” with her life long friends, Matthew David Rowan and S. Knox Montgomery, who helped create the record, providing guitars, and drums respectively. The album was mixed by Goodman, James, and Kevin Ratterman at Bo Koster’s studio in Los Angeles.

Goodman has released singles from the album, “The Way I Talk,” “Red Bird Morning,” and “Old Time Feeling”