On 1st July 2022 Audio-visual artist Ruby Tingle releases her new single ‘Familiars’ with No Such Thing Records, in conjunction with a solo exhibition at PAPER Gallery Manchester (11.06.22- 06.08.22).

The song is about rediscovering your true self and spirituality as a result of falling in love with someone from your past. Created with producers/artists Rookes, Daisy P and KINRAR, this is Ruby’s second release following her debut EP ‘Lagoons’ in February this year which featured on Record of the Day and Louder than War. 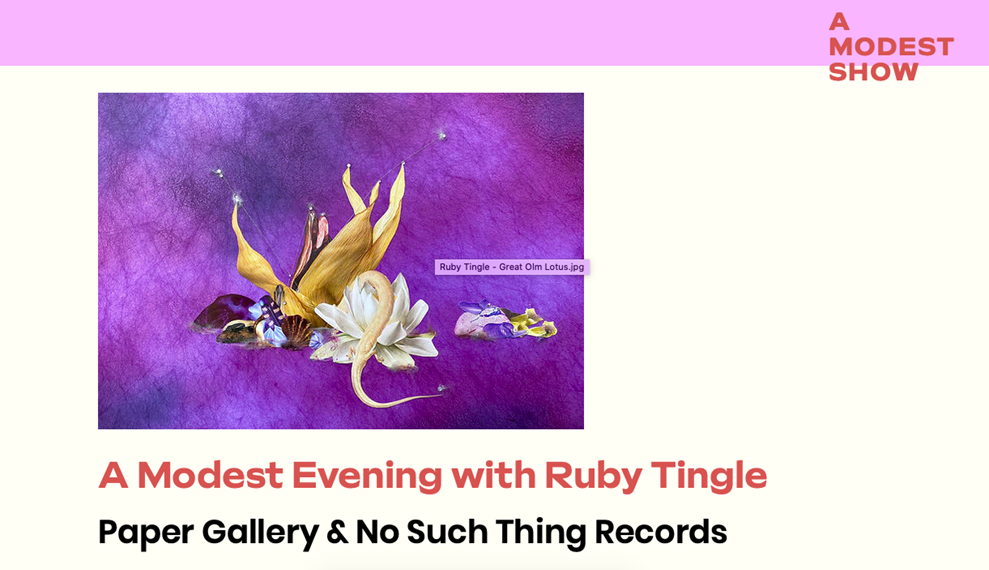 The exhibition at PAPER explores Ruby’s connection to spirit animals, constellations and the colour red, inspired by time spent at her local nature reserve at sunset over the last year; Collage, installation, sound and scent will transform the gallery into a twilight swamp. Commissioned as part of A Modest Show running as a satellite programme to this year’s British Art Show, Ruby will also take part in a live showcase at Soup Manchester with other acts from No Such Thing on August 5th to premier the track as part of a performance.