Rosie Flores & The Talismen are pleased to announce that they will be releasing a double-sided single via Mule Kick Records on July 2, 2021.

Rosie Flores has been a cornerstone of American roots music for more than four decades, leaving her mark upon the intersecting worlds of rockabilly, blues, western swing, California country, jazz, and roadhouse rock & roll.

She’s a songwriter. A pioneering frontwoman. A guitar virtuoso and hard-touring road warrior whose milestones are just as diverse as her music, including nominations from the CMA and ACM Awards,  a Peabody, two Ameripolitan Awards, and a long line of acclaimed solo albums. Still breaking new ground, she returns to her roots with her newest project, Rosie Flores and The Talismen.

It’s a venture that began in 2020. When the Covid-19 pandemic brought her touring schedule to a halt, Flores began playing livestreams every Wednesday night, broadcasting the performances from her Austin home. Chris Sensat, drummer for The Bellfuries, joined her one evening to sing harmonies, and the two were struck by the blend of their voices. Within weeks, they’d added Bellfuries guitarist Mike Molnar and bassist Michael Archer to the line-up. The newly-formed group then headed into the studio, where “So Sad” — a reimagined cover of the Everly Brothers’ 1960 hit, anchored by chiming guitars, swirls of nostalgic reverb, and harmony-heavy hooks that harken back to the early days of rock & roll. — became their first single.

For Flores, who grew up in San Antonio during rock & roll’s infancy, Rosie Flores and the Talismen’s vintage-leaning material marks a full-circle return to the sound that first sparked her love of music. She was raised on the sounds of the AM radio, harmonizing in her family kitchen to classic songs by Jerry Lee Lewis, Elvis Presley, and Buddy Holly. That music lay the foundation for a diverse career, with Flores fronting the alt-country group Rosie And The Screamers during the 1970s and joining a rockabilly-punk female band, The Screamin’ Sirens, during the following decade. She launched her solo career in the late 1980s, skirting the outer orbits of Nashville’s country mainstream with albums like 1987’s Rosie Flores before building a reputation as a rule-breaking artist whose records blurred the boundaries between genres. 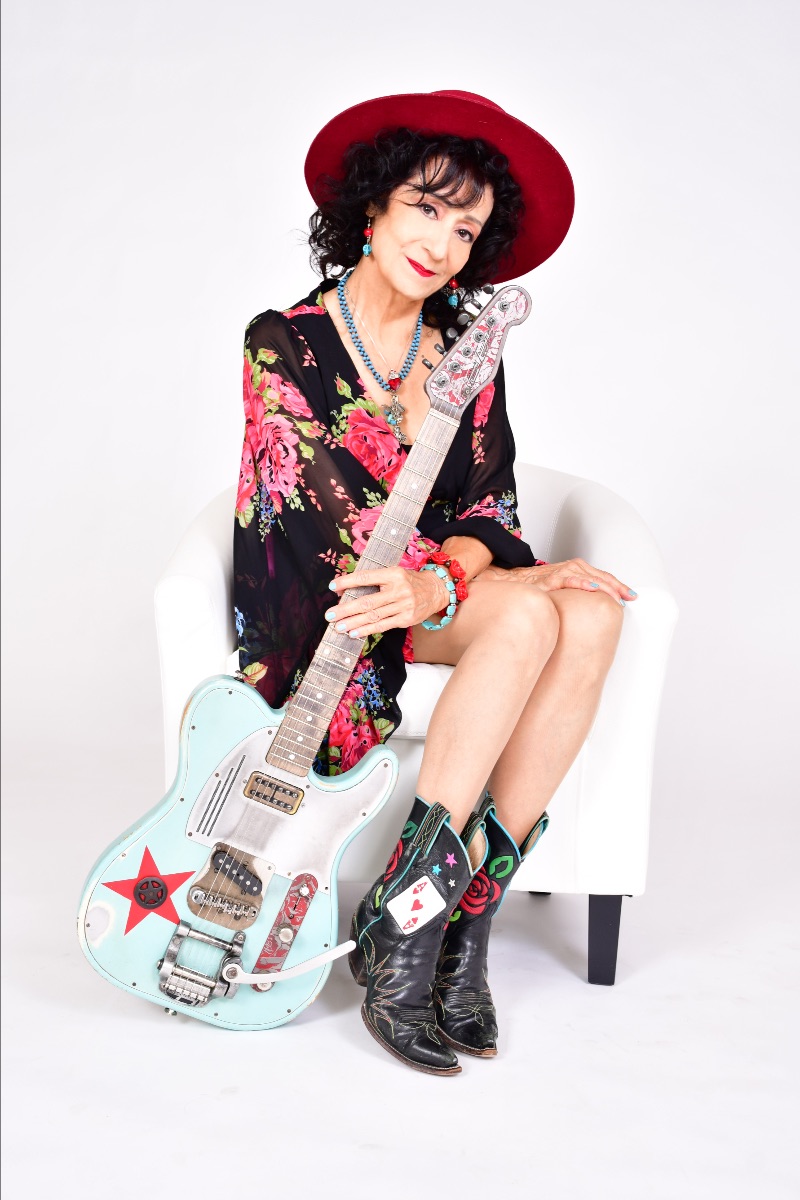 Long before Americana music received its own category at the Grammy Awards, Rosie Flores helped pioneer the genre’s blend of American roots music. She’s an originator — a musical mainstay for nearly half a century, with 11 solo albums to her name countless accolades under her belt. Throughout it all, she’s never forgotten about the rock & roll music that filled the family kitchen back in the 1950s. With Rosie Flores and The Talismen, she comes back to the place where it all started.

A blend of modern musicianship and old-school influences, the Talismen project doesn’t just highlight Flores’ talents as a singer, songwriter, and lead guitarist. This is a proper band, featuring four musicians who’ve all blazed their own trails. Chris Sensat launched his first band, PigGie Hat, at 13 years old, then joined the legendary Bellfuries in 2013. Mike Molnar cut his teeth touring with rockabilly Hall of Famer Ronnie Dawson. Michael Archer earned a Juno nomination for his own as an instrumentalist before trading his native Canada for his adopted home of Austin.

Together, Rosie Flores and The Talismen have forged a sound that honors the past while pushing ahead into the future. It’s a new spin on a classic style. For Flores, it’s also the latest chapter in a story that continues to unfold, pushing her further along in what has become one of the most unique journeys in contemporary roots music.

As women in the music industry celebrate each other more in recent years, spurred by changes in the culture, the noticeable gender inequality in the music business and the rallying cry of the #MeToo movement, Rosie Flores & The Talismen have joined forces with female-led record label Mule Kick Records to release their double A-side single, with plans for a full album later in 2021. Co-founded by artists K.P. Hawthorn and Adrienne Cohen-Isom, Mule Kick was started last year to release LA-based band NOCONA’s new record Los Dos, and have thus far have released the debut EP of new Los Angeles duo Desert Hollow and Side Pony’s (Alice Wallae & Caitlin Cannon), current single, “Lucky Break.” Other releases will include The HawtThorns latest full-length in July and Side Pony’s album in October.