Rose Hotel, aka Atlanta-based singer-songwriter and frontwoman Jordan Reynolds, is set to release her debut LP, I Will Only Come When It’s A Yes, on May 31, 2019, and it is available for pre-order now via Bandcamp. Rose Hotel’s 2017 EP, Always A Good Reason, was passed around like a secret in music scenes and college towns from Athens, GA to Bowling Green, KY. The stripped-down intimacy was equal parts introspective and wistful, recalling a distant era when voices like Joni Mitchell and Emmylou Harris cut through the hiss of A.M. static. For I Will Only Come When It’s A Yes, Reynolds collaborated with a tight-knit band of musicians from Atlanta’s emerging indie scene — members of Material Girls, Neighbor Lady, Shepherds, Karaoke, and Palm Sunday. The result is a polished, full-band evolution of the lo-fi, bedroom origins of Reynolds’ first recordings under the moniker. Today, Rose Hotel shared a music video shot entirely on VHS for rollicking album closer, “Running Behind.” Of the song, Reynolds offers, “‘Running Behind’ was one of the first songs I wrote for this record. At the time, I was feeling very frustrated with where I was in my life. I felt motionless in my art, restless in my relationships, and as if I was constantly three steps behind everyone else surrounding me. For many reasons, I felt held back but writing this song was a moment of admittance of stagnation and a call to do something about it.”

On I Will Only Come When It’s A Yes, Reynolds’ vagabond spirit heavily influences her storytelling, which dissects crumbling relationships and the disorienting feelings of striking out on your own. Having attended 11 different schools growing up and recently relocating from the conservative college town of Bowling Green, KY to Atlanta’s sprawling Southern metropolis, much of the songwriting on the record pulls from experiences throughout her life when she has had to leave loved ones behind. She recalls mercurial romances, alongside uncertainty and even relief in the geographical separation from her old life. Rose Hotel’s lyrics possess a keen emotional intelligence, her most striking songs delivered from an old-soul’s heavy heart. From the project’s inception, Reynolds has honed in on a natural knack for processing complex emotional landscapes in precise, plaintive language: lines that are sweet on the surface, but soul-bruising on the second listen.
“Much of the record is me asking lots of questions, attempting to find the answers, and fully-well knowing that they may never come plainly,” explains Reynolds. “Perhaps, in some way, the title to this album is some semblance of an answer to all the questions therein.”
In support of I Will Only Come When It’s A Yes, Rose Hotel has announced a string of initial U.S. tour dates including shows in Atlanta, Louisville, Chicago, Nashville, and Philadelphia. Full tour details below, 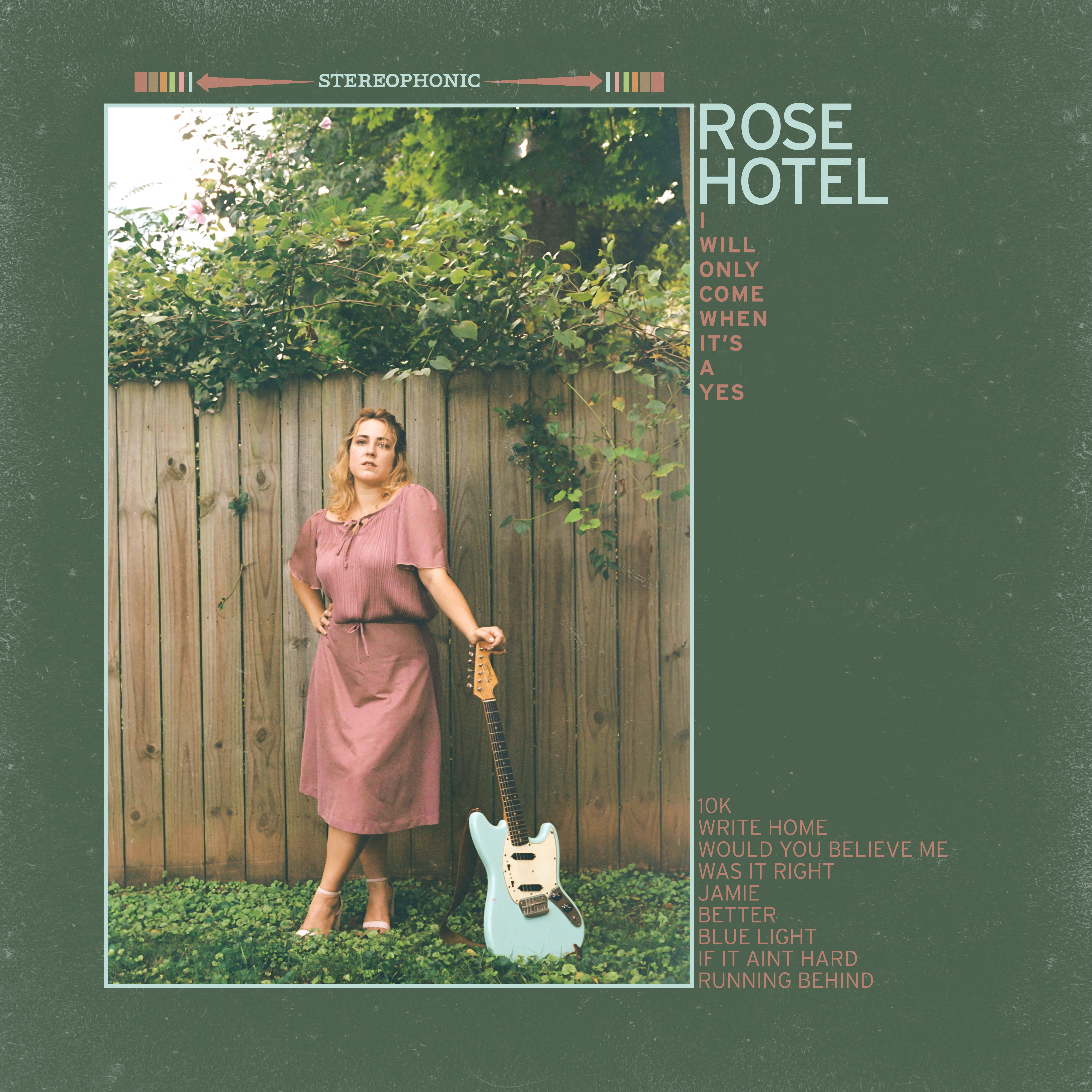 I Will Only Come When It’s A Yes Tracklisting: