Ronnie Watts brings it back to where she started with two versions of her breakout single “Famous In California.” Now offering a new guitar version along with the piano-fronted original, Watts shares a new package titled, Go Get Famous (In California).

“Famous In California” illustrates Ronnie’s greatest strengths as a songwriter, it comes as no surprise to why she took a chance to revisit it. Being both relatable and heart-wrenching, Watts’ talent lies in her ability to bring the listener right there with her. Initially, inspired by a time where Watts’ friends went off to big cities while she stayed in her hometown, Watts pens a love letter to those left behind. 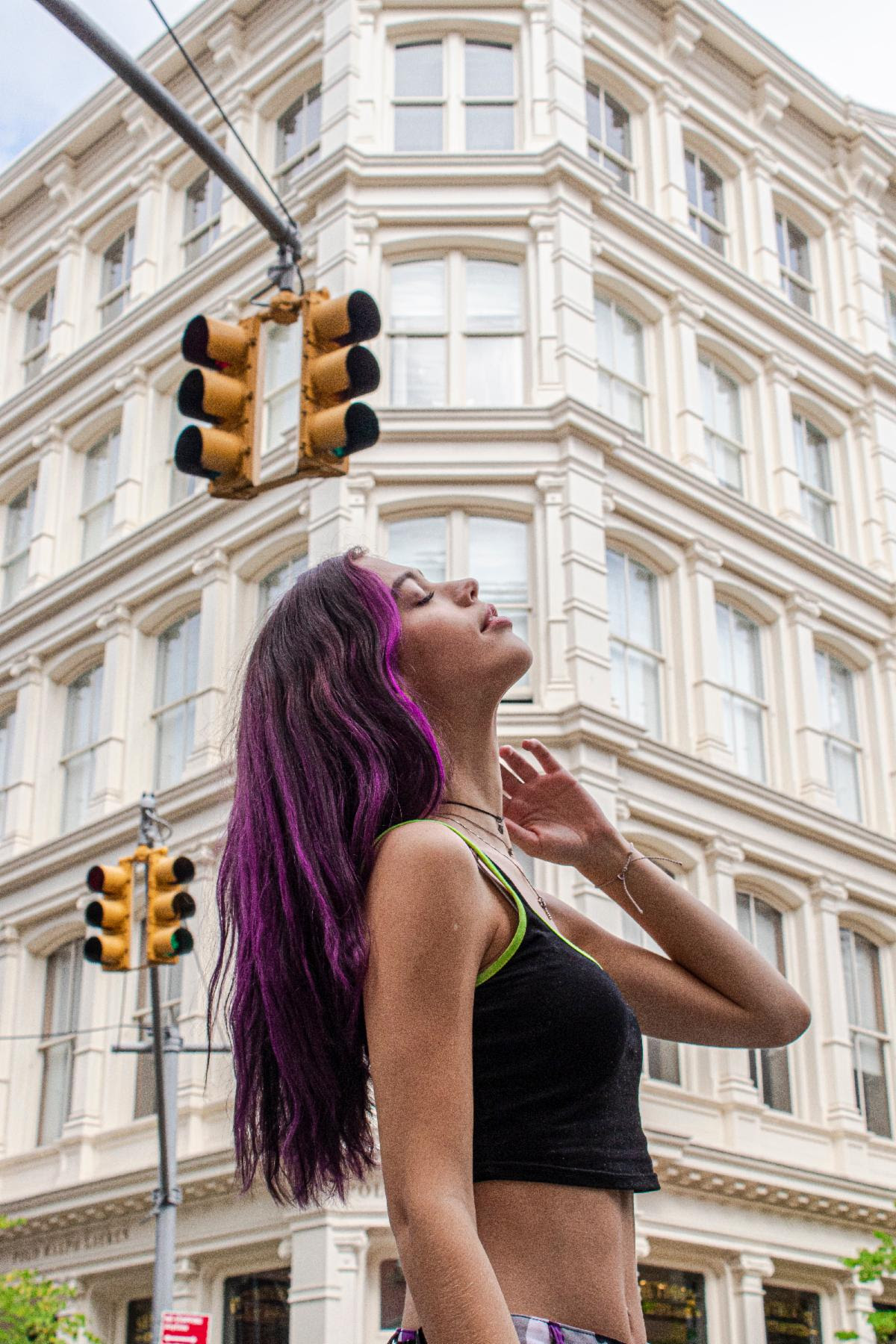 While “Famous In California” may appear as a love song, Watts fills the story with many meanings all based on her experiences, she explains, “We feel so deeply, everything feels like a movie. I wanted the lyrics to depict those cinematic experiences. Having written this song over a year ago, it’s funny to look back on what I was feeling then. I’ve lived a lot since then, but this song still means so much to me.”

Bringing “Famous In California” back to the limelight gave Watts a chance to show her growth as an artist. “Famous In California s” added guitar brings a more intimate feeling to track and combined with its added harmonies, the new version showcases Watts’ mastery of her craft.

The new release comes after Ronnie’s recently released debut EP “I Don’t Trust U At All.” The project garnered over 1 million streams and praises from American Songwriter, Pop Justice, Pop-Culturalist, Spindle and more. Since then Ronnie released a double single and remix to the breakout track “Sad Summer”. “Sad Summer” caught the attention of multi-platinum selling artist and “Hey, Soul Sister” singer Pat Monahan of Train.

In her origins as an artist the Rochester native’s delicate vocals and evocative songs not only earned her Tilly’s “Social Star Search Contest” and the title of “Best Local Song” on WNY radio, but also caught the attention of Universal UK management/label imprint W!ZARD Talent, who quickly signed the talented teen.

Since her signing, Ronnie has elevated her sound with each release displaying the growth as an artist and deepening vulnerability. In all aspects, Ronnie has pushed herself as an artist, both in her music and the visuals that accompany them. Not only does her music resonate with fans across the world, but her level of introspection is resounding. Revisiting the single with a new acoustic version reminds listeners of why they fell in love with Ronnie’s music in the first place. While a song from the past Watts’ rendition shows a very bright future ahead.

Listen to Ronnie Watts “Go Get Famous (In California):” HERE