Toronto-based composer and multi-instrumentalist Robin Hatch has released the new single “Mockingbird” today, a sublime peace floating on spacious synths featuring Nick Thorburn of indie rock staple Islands and The Unicorn on synth and drum machines. The track comes from the upcoming album T.O.N.T.O., out October 29th on Robin Records, which was written and recorded during a 4-day residency on the behemoth synth that the album takes its title from.

Robin describes the equipment used to make the recording, working with Thorburn, and where the track’s title comes from.

“Mockingbird features the Maestro drum machine built into the TONTO synthesizer. I improvised this song on the second day of my residency. The bass line is a study in triggering the envelope filter of its Moog Modular 3 system as the arpeggiator runs to create a wah-pedal type sound reminiscent of Jan Hammer Group or Penguin Cafe Orchestra. The outro has the Yamaha CS80 and features Randy Bachman’s Space Echo pedal. I threw in a VST of a CMI Fairlight to give it an Enya touch in the chorus.”

Besides his prodigal output as an indie frontman, Nick is also a real deal composer and he helped me flesh out this song with an Atari chiptune synth, Roland Jupiter 4, Korg M1, and Compurhythm drum machine.

The title is a tongue-in-cheek reference to the duet by James Taylor and Carly Simon.” 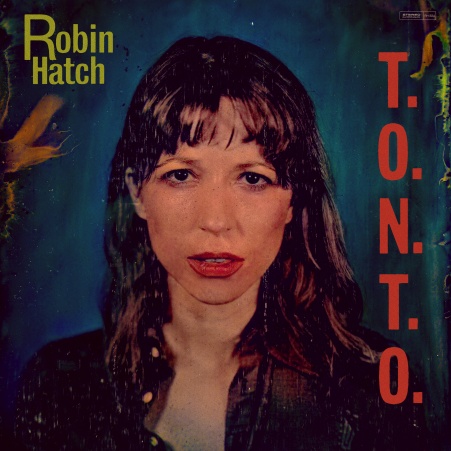 All songs composed, produced and performed by Robin Hatch.