Reba McEntire is offering another taste of what to expect from her upcoming three-part box set REVIVED REMIXED REVISITED, releasing “The Night The Lights Went Out In Georgia” (Eric Kuppur Remix) today, available to listen here. The pulsing remix offers another take on Reba’s iconic hit ahead of the full release of REMIXED, one of three collections of her forthcoming box set release on October 8, available to pre-order here. REVIVED REMIXED REVISITED is a reimagined collection of some of Reba’s most adored songs. REVIVED offers Reba’s biggest hits as they’ve evolved over the years in her live show, featuring all new arrangements of fan favorites like “Is There Life Out There” and “Can’t Even Get The Blues” recorded with Reba’s touring band. REMIXED puts a whole new spin on songs including “Little Rock” and “I’m A Survivor” and on REVISITED, Reba works with Grammy Award-winning producer Dave Cobb to strip back and recut songs like “Somebody Should Leave” and “Consider Me Gone,” and it features the long-awaited pairing of Reba and Dolly Parton on the classic duet “Does He Love You.”

The collection spans Reba’s entire career and today, with Reba previously releasing “Is There Life Out There” from REVIVED, “I’m A Survivor” (Lafemmebear Remix) from REMIXED, and “Consider Me Gone” from REVISITED ahead of the full release. 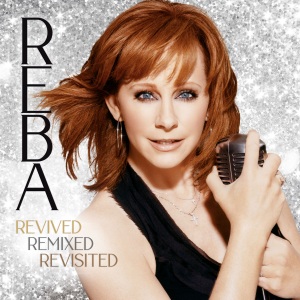 Reba is also set to hit the road this winter for “REBA, BROOKS & DUNN: Together in Vegas,” the longest-running country residency in Las Vegas. Taking place  Dec. 1-15, 2021 at The Colosseum at Caesars Palace. “REBA, BROOKS & DUNN: Together in Vegas,” is a culmination of the friendship and musical admiration the trio has shared since first touring together in 1993 and features more than 30 action-packed hits backed by a band of 10 players from both of their touring crews.