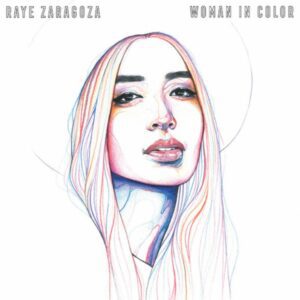 From the press release: Indigenous on her father’s side, first-generation Japanese-American on her mother’s, and raised in a New York City studio apartment, Raye Zaragoza pairs perspective with talent. Throughout the album, she holds no distinction between her personal truth and its poignant political relevance. As a young woman of color, Raye is attuned to the inevitable politicization of her very existence, and at the forefront of that existence, an artist—a lyricist of true precocity, a vocalist of stunning virtuosity—making meaning through music.

WATCH “RUN WITH THE WOLVES”

The official music video for the album track “Run With The Wolves” is out today as well. Zaragoza shares, “I came up with the concept for this song while reading Clarissa Pinkola Este’s ‘Women Who Run With The Wolves.’ The book is a collection of myths and stories of the ‘wild woman archetype.’ It reminded me that femininity is also animalistic, strong, and intuitive. This song is about reclaiming your instincts and being a woman of the earth. It’s about existing within your whole body and spirit.”