Indie pop/rock band The Hottman Sisters made up of sisters Jessica and Heather Hottman, along with drummer Ed Getzlaff, release their new EP Louder today, and will kick off their national tour in their hometown of Omaha, Nebraska tonight. Their sound centers around “melodic guitar, synth, and tight harmonies.”

They previously released the single “Fire” from the EP. “I wrote ‘Fire’ at a time when I was 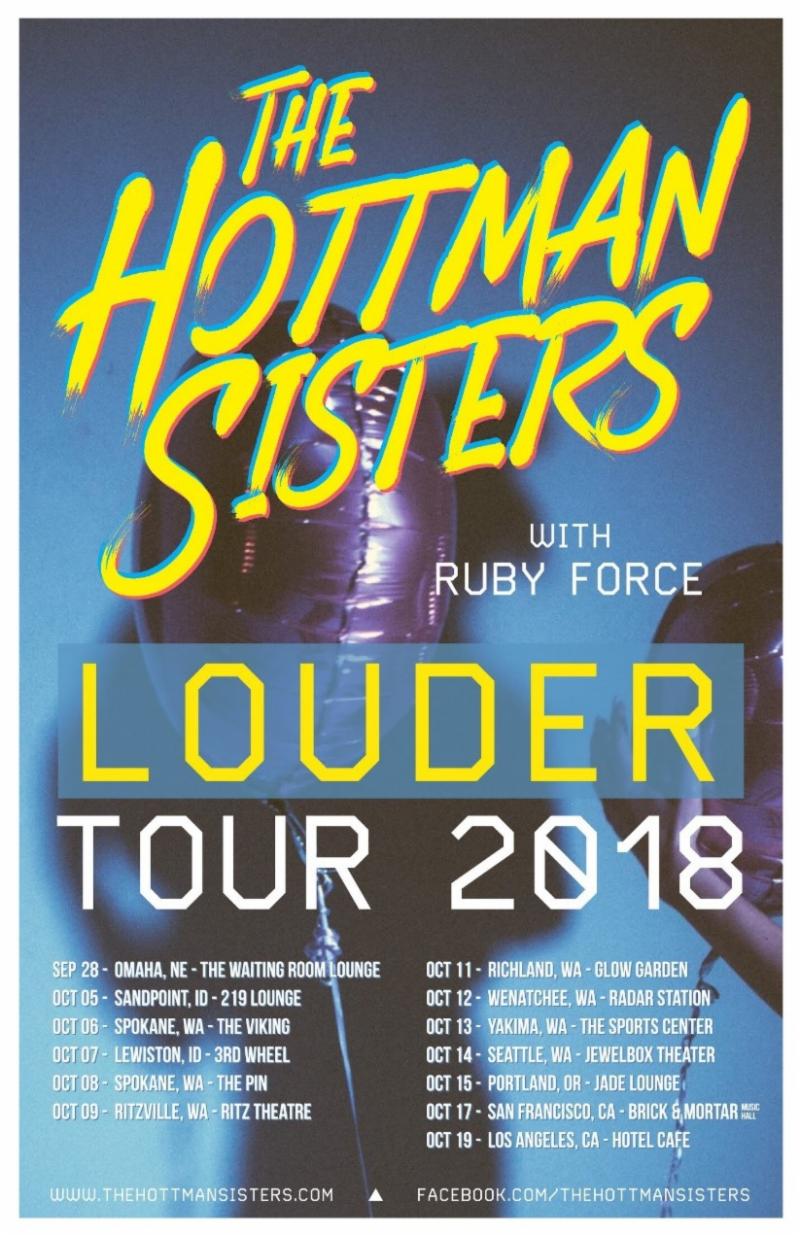 leaving behind an old version of myself,” shares lead singer-songwriter, Jessica Hottman. “In this song, I am allowing fire to consume what has held me back from becoming who I was made to be.”

“Fire” on SoundCloud and Spotify

The Hottman Sisters have grown up with music an integral part of their lives. Raised in Omaha, NE (where the still call home), the two sang in church every Sunday along with their mother and younger sister, performed at a variety of local events, and spent countless hours jamming and writing music in the basement of their house. The years of developing and fine-tuning their music have paid off as in more recent years they’ve performed at SXSW, the Maha Music Festival and shared line-ups with Run The Jewels, The New Pornographers, and Belle and Sebastian, among others.

The Hottman Sisters will kick off a national tour the same day as the EP release, September 28, with support from Ruby Force. They’ll start in their hometown of Omaha, with stops in Spokane, Seattle, Portland, San Francisco, and Los Angeles, among others.