New York songstress Chloe has released the official video her cover of Roxette’s 1990 classic “It Must Have Been Love.”  She takes an impassioned crack at the song, made famous by the Pretty Woman soundtrack, imbedding the track with the emotional vibrancy that she has come to be known for.  While not the first single released for the Pretty Woman soundtrack “It Must Have Been Love” became the most successful, spending two weeks at #1 on the Billboard Hot 100 and claiming second place as the most successful single of the year.  The video pays homage to the original music video and features scenes of Chloe interspersed with scenes reminiscent of the set of Pretty Woman. View Chloe’s video for “It Must Have Been Love” here: https://bit.ly/2S8bUJ2.

“The original Roxette version of “It Must Have Been Love” was on one of my getting ready playlists while on tour with Trans-Siberian Orchestra,” shares Chloe.  “I have always been a fan of the song and remember it well, as Pretty Woman was a staple movie growing up.  I was drawn to the undertones, depth of the lyrics, and sentiment that people tend to overlook due to the high energy pop production.  I wanted to give the song new life that really delivered the underlying message.    The sentiment obviously fit perfectly with the storyline of my record.  Aurelien Budynek delivered an imaginative and soulful arrangement that really embodies the interpretation I wanted to convey.”

Earlier this year, Chloe release her long-awaited debut solo album, The In-Between.  The deeply personal concept album was born from a journey of self-discovery following an emotional heartbreak.  From the debut single “Renegade” to the vibrant “Crazy” (featuring guitar legend Al Pitrelli) to the cinematic duet “Giving Up On You” featuring Nathan James (Inglorious, Trans-Siberian Orchestra), Chloe builds a narrative that offers a personal look at her metamorphosis. The most powerful and personal of the tracks, “Don’t Let Yourself Down,” took shape from words that Chloe’s mother said to her in one of her saddest moments. The song serves as a catalyst for the rest of the album and has a universal meaning far beyond the initial intention. The In-Between is now available at www.chloelowery.com 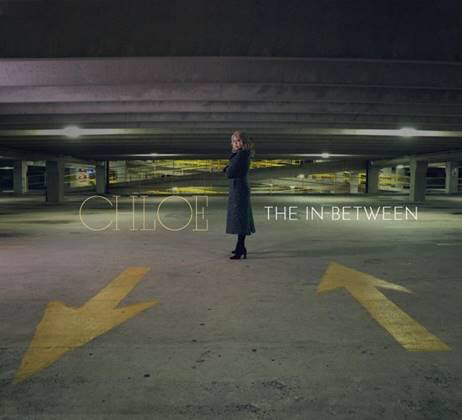 Chloe has been the featured vocalist for recording and touring phenomenon Trans-Siberian Orchestra since 2010 and has toured extensively and performed on Broadway with international sensation Rocktopia.  She has also recorded and toured with beloved keyboardist/composer Yanni on his landmark Yanni Voices album and tour, performed with renowned jazz trumpeter Chris Botti, has been a soloist with the New York City Ballet, collaborated with noted hard-rock guitarist Joel Hoekstra, and even stepped into Janis Joplin’s shoes to tour with her legendary band Big Brother and the Holding Company.