‘SELF AWARE’ NEW SINGLE OUT NOW

Patricia Lalor has shared her new single, ‘Self Aware’, the latest track to be taken from her upcoming EP Do It Again, out on July 24th.

Opening to a euphoric blend of warped synths and shimmering guitars, the track builds through assured verses that showcase Patricia’s insightful and honest lyricism, and choruses which blend euphoric anthemicism with beautifully layered vocal harmonies. 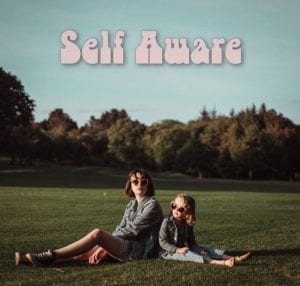 Regarding the single Patricia says, “‘Self Aware’ is the longest song I’ve written in a while. It was inspired by me wishing to be more outgoing in myself and my music. When I was writing it I was feeling a lil down, but it was one of those things where the song kind of just came out and I had so much fun writing it. At the time I was wanting to be like other people instead of just accepting myself.”

‘Self Aware’ follows the release of ‘Alone’, the first track to be taken from the upcoming EP. The atmospheric dose of alt-pop was quick to draw great praise from the likes of DIY Magazine who called it “a lo-fi bedroom pop stunner”, while The Independent featured the track in their ‘Now Hear This’ top tracks of the week.

At just fourteen years old, Patricia’s haunting vocals and sharp lyrics reveal a songwriter far ahead of her years. She crafts mesmeric music which brings to mind a cross between Billie Eilish, The Big Moon, and SOAK, and has been turning the heads of tastemakers since the start of the year.

Patricia’s rise to prominence began at age eleven as she started uploading beautiful covers to YouTube. She has since gone on to clock up over 140K subscribers on her channel, catching high profile attention along the way, including the likes of Hozier who found her cover of his song ‘Cherry Wine’ leading him to call it “hands down, one of the covers I’ve seen”, and has since had over a million views on that song alone.

Building on a solid foundation of acclaimed releases, Patricia is swiftly cementing her status as an exciting and powerful new talent in 2020.