We are pleased to premiere the Official Music Video for “No Plan,” from the Tulsa alt-glam rock and roll band Golden Ones’ debut album, Nowhere Fast, set to drop on November 27 via Horton Records. Recorded at Leon Russell’s Paradise Studio by Jason Weinheimer and Zachariah Reeves of Fellowship Hall Sound over two days in July, the LP consists of ten original songs that “touch on everything from the current state of the world, the anxiety of getting older, feminist anthems, addiction, and love in all its forms with crunchy guitars, booming drums, infectious melodies and the slinky, glittery grooves of the 70s.”

The band pays homage to David Bowie by taking their name from Bowie’s song, “Oh! You Pretty Things,” from the lyric “where the books were found by the Golden ones, Written in pain, written in awe, by a puzzled man who questioned what we were here for.” Fronted by guitarist Sarah Frick, fellow band members include lead guitarist Sean Fisher, bassist Jesse Frick, and drummer Jay Sullivan.

I think “No Plan” is probably the most relatable song on the album. It’s about getting older and all of the insecurity that comes along with that. Dealing with the expectations of society on how much you should have accomplished at a certain age, feeling out of touch with the youth, and trying to figure out your place in the world. I hope that people can connect with the song and know they’re not alone in their struggles. We had a great time filming the music video with our friends Justin France and Kaye Brownlee-France of 8X8 Productions. The set is an old burger joint here in Tulsa, the same location as our album cover.

Nowhere Fast’s highlights include the album opener, “Call To Arms,” a hard-rocking rallying cry for anyone who’s ever felt like they don’t align with the status quo and is followed by the raunchy, groovy, T.Rex inspired, “Larger Than Life,” which beckons us with a provocative warning, “backstage pass on my platform shoe, I wear them so they make me taller than you. I’m larger than life now, honey.”

The catchy, bouncy, fun “Blood Stained Mouth” would be at home on a Runaways record and is “a fictional love story between a woman and a vampire. She’s so in love with him even though she never gets to see the sun because she’s controlled by him. And he tells her everything is her own fault,” says Sarah. “Heavy topic, fun sound.”

The four on the floor, “No Plan” is about getting older and all of the insecurities that come with it while trying to figure out your place in the world. Sarah asks, “am I on the up and up now? am I on the downslide?… I’m too tired to figure it out, so I think I’d rather run…”

In addition to the spitfire lead vocals of Frick, the quartet is comprised of deftly skilled musicians including lead guitarist Sean Fisher, bassist Jesse Frick, and drummer Jay Sullivan. The band was formed in 2016, shortly after Sarah and Jesse returned to Tulsa after a three-year stint in San Diego. Of her hometown, Sarah says, “The beauty of the Tulsa music community is how deep-rooted and diverse it is. Horton Records has been a staple of support in my music career, as well as many others. Being from Tulsa has exposed me to all genres of music and amazing players. I feel like being a musician from Tulsa is a little badge of honor because of all the history here. And we have the Cains Ballroom, a legendary historical venue, which we’ve been lucky enough to play a few times.”

“We’re all at a place in our lives where there’s no drama, no egos, and we’re all in it for the same reason,” she continues. “To connect with people through our music and to use it as a form of free therapy, it’s the greatest outlet.” 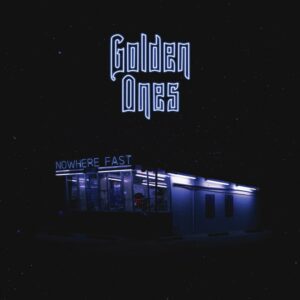