Known for penning iconic songs for Christina Aguilera, Mandy Moore, The Pretenders, Brandy, Reba McEntire, and so many others, songwriter Shelly Peiken is releasing her own debut album on August 28, 2.0 etc… which will feature a number of her biggest hits along with some of her original work.

Today, we are proud to premiere “Human,” Peiken’s version of the song recorded by The Pretenders in 1999, originally released by Divinyls in 1996 under the name “Human On The Inside.” 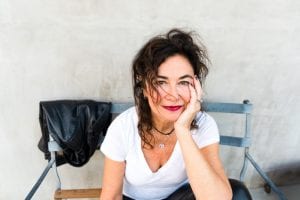 Peiken tells us, “I scribbled some words on a napkin in a ladies’ room after someone had hurt my feelings. The next week I put those words to music and wrote “Human” with Mark McEntee of Divinyls. The band recorded and released the song in 1996. A few years later, Chrissie Hynde heard it and recorded it too! To have a legend who writes mega-hits of her own, record YOUR song, is something that doesn’t happen for a songwriter every day…if ever. I saw Chrissie backstage at the Hollywood Bowl earlier this year, and she confessed that the reason she cut “Human” is because it sounded more like The Pretenders than the material she was writing at the time. Now I’m excited to be releasing a version of my own. AND the icing on the cake is that CHRISSIE IS SINGING BACKING VOCALS WITH ME!”

Stay tuned for her forthcoming debut album this Fall. 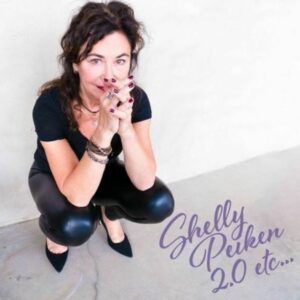