“The day I wrote this song, I woke up with a first-class, absolutely soul crushing hangover, after having slept for a couple fretful hours,” Folick says. “I wasn’t the kind of person who could hide a hangover, so I told Mitski and Andrew what was going on. We wrote this song. It’s about being stuck in a cycle of behavior that you can’t get out of, but it’s not bleak. There’s hope in the song. I always knew that I would get out of that cycle eventually.”

2007 is a document of an adult in progress that chronicles Folick’s struggle to grow up and reckon with what it means to leave her youth behind. In making the follow up to her debut LP, Folick eschewed some of the lyrical and musical obfuscations she layered onto Premonitions to produce her clearest and most confident work yet. Anchored by her singular voice, the songs on 2007 are emotionally straightforward, straddling a line between pop and something more experimental. Though she may not have it all figured out yet, 2007 is an honest snapshot of where she is now and what it took to get there.

Additionally, Folick will hit the road in the U.S. this fall, with headlining stops in Brooklyn, Los Angeles, San Francisco and an extensive tour across the UK/EU with Tove Lo in October and November—see full routing below and get tickets here.

Raised in Santa Ana, CA and now living in Los Angeles, Folick first attracted acclaim with two EPs, 2015’s Strange Darling and 2017’s Give It To Me EP. Folick’s 2018 Terrible Records/Interscope debut album Premonitions drew critical praise from NPR, GQ, Pitchfork, The FADER and many more; landed her a Tiny Desk Concert for NPR and saw her sell out headline shows and play festivals the world over. 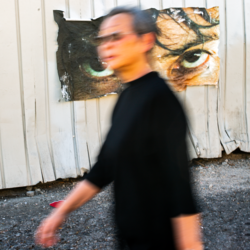