Today, Meg Myers shares her stunning video of her empowering cover of Kate Bush’s ‘Running Up That Hill.’

The video features hand colored compositions from 2,130 children from around the country, including many at the ‘Heart of Los Angeles’ (HOLA) school – a non profit that gives underserved kids an equal chance to succeed through a comprehensive array of after-school academic, arts, athletics and wellness programs. As part of her partnership with HOLA, Meg and the producer of the video, Jo Roy taught animation classes to elementary school students. The frames they made during the classes were then composited together, and used in the video.  The result is an ethereal, and highly captivating animated journey. With every frame being radically unique, the only constant is the certainty of change.

Director Jo Roy elaborated on how the video came about –  “The production process for “Running Up That Hill” began with a demanding green screen shoot in which Meg climbed monkey bars, hung upside down, flew using a harness and wires, and performed her first piece of choreography! In post, we erased all the rigging, added animation components that were moved around using visual effects (including wings), and put every frame through a photoshop filter to define the “coloring book” lines. Then, the frames were printed off into individual coloring pages which were distributed to 10 schools and various organizations in Los Angeles and Canada for children to color with real crayons also provided. Finally, the colored frames were collected and re-scanned to create one colorful final video made by literally thousands of people!”

Originally performed in an NPR Tiny Desk, Myers carries her distinguished intensity and emotions with her as she gives this feminist anthem new meaning in the twenty-first century.

Meg explained a little about the meaning behind the video – “This video is about transformation. Jo Roy, the director and I were inspired to express in this video that we can change our story we’ve been living when we follow our hearts and our intuition, our guts. This video shows the evolution of me as a caterpillar turning into a month/butterfly.”

Coming of age in a devoted Jehovah’s Witness household, Meg dealt with restrictions on what music she was allowed to listen to. At 19, Meg moved to LA and recorded her debut album Sorry which spawned Top 15 and Top 20 alternative radio hits. Three years later, she put out Take Me To The Disco in July of 2018,  her second LP which debuted at #5 on the Current Alternative Chart and earned the acclaim of The New York Times, Associated Press, NPR Music, Stereogum, Billboard, and more. The record embodies dark pop sensibilities of Meg’s 2015 breakout record, with newly sharpened experience and maturity – where this time around, Meg explores love, loneliness and trauma with unflinching candor, facing her inner green-eyed monster head-on and attacking each bar with a primal ferocity.

‘Running Up That Hill’ comes from a longer length project she is working on currently, slated to be released later this year. 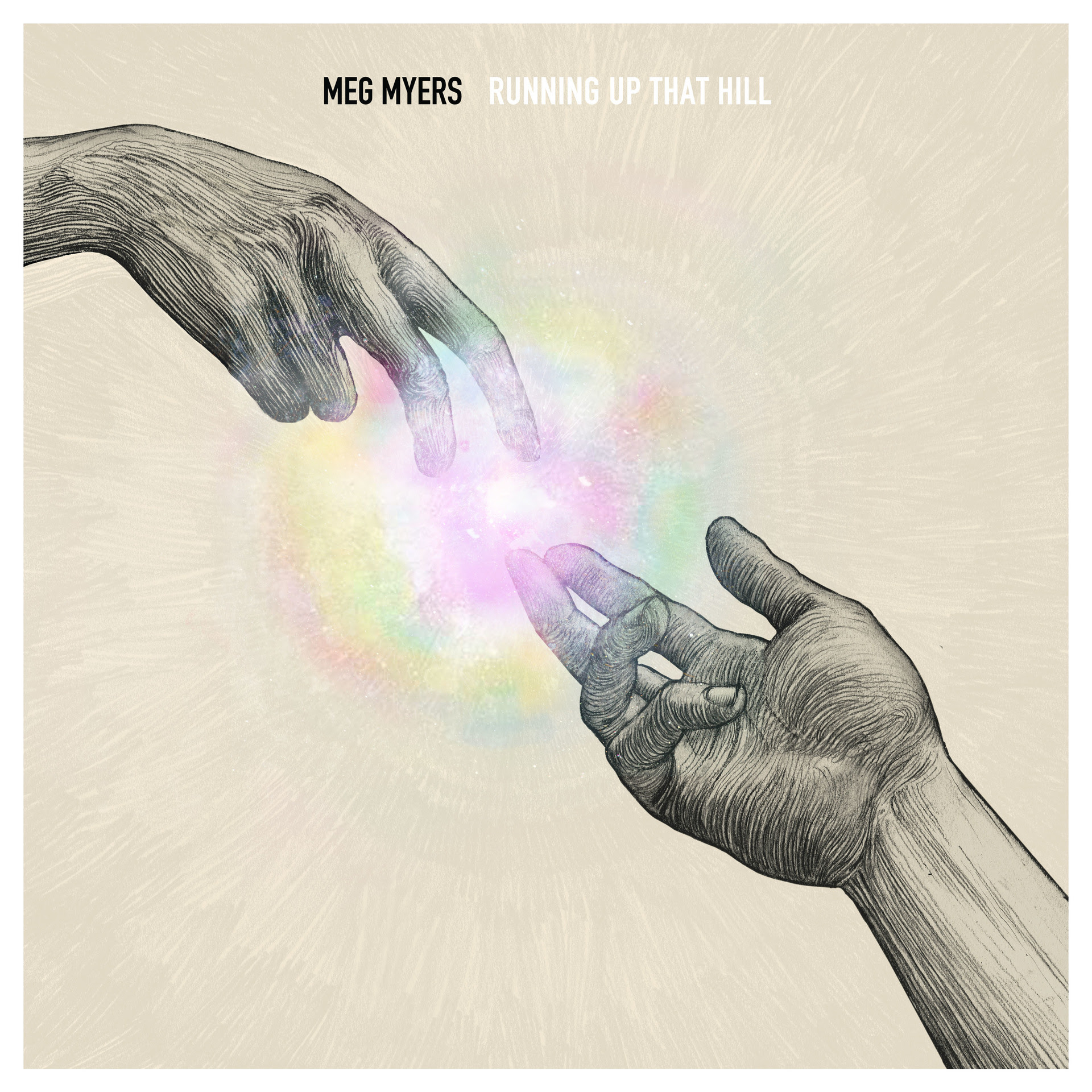