Nashville-based indie country/Americana group Maybe April have announced the forthcoming release of their debut album, The Other Side, set for August 9, 2019. With a sound that calls to mind great country voices of the 90s and early 2000s, when “country radio” was synonymous with Faith Hill, Tim McGraw, Shania Twain, and the Dixie Chicks and “Bro-country” had yet to surface, the 10-track set was inspired by the moments that make life both hard and beautiful. Threading throughout the album are the experiences that mold a woman into whom she is meant to become and the courage it takes to emerge on the other side, always a little bit stronger and a little bit smarter. The intimate and affecting lead single “Need You Now” is an anthem for self-worth within a loving relationship, while the title track serves as a love letter to life on the road, on the stage, and in the recording studio. With total transparency, “The Other Side” details what it’s like to be a hopeful indie musician — 14-hour drives, sleeping on couches, spending time away from loved ones, working multiple jobs — and the strength it takes to pursue a passion without getting discouraged. Both tracks are premiering today via Billboard, ahead of Maybe April’s CMA Fest debut performance in Nashville, Tennessee on June 6th (Spotlight Stage, 2:30 pm).

LISTEN: Maybe April’s “Need You Now” & “The Other Side”

A dynamic pair of impressive songwriters and vocalists who share roles as frontwomen, Katy DuBois (Bishop) and Alaina Stacey first met at a music industry camp in Nashville in 2012 where they formed Maybe April (along with former collaborator Kristen Castro). The group penned a song together that would take them to Los Angeles for a GRAMMY week songwriting showcase, sharing the stage with Jimmy Webb, Bonnie Raitt, Kris Kristofferson, Joy Williams (Civil Wars), John Reznik (Goo Goo Dolls), Gavin DeGraw, and Valerie Simpson. They have since opened for both Brandy Clark and Sarah Jarosz and began garnering critical attention when CMT named them one of 2018’s “Rising Acts” calling their harmonies “as alluring as their lyrics.” Maybe April teased the forthcoming release of The Other Side last summer with a music video for album track “You Were My Young” that was featured by Paste Magazine, Wide Open Country, and The Boot. 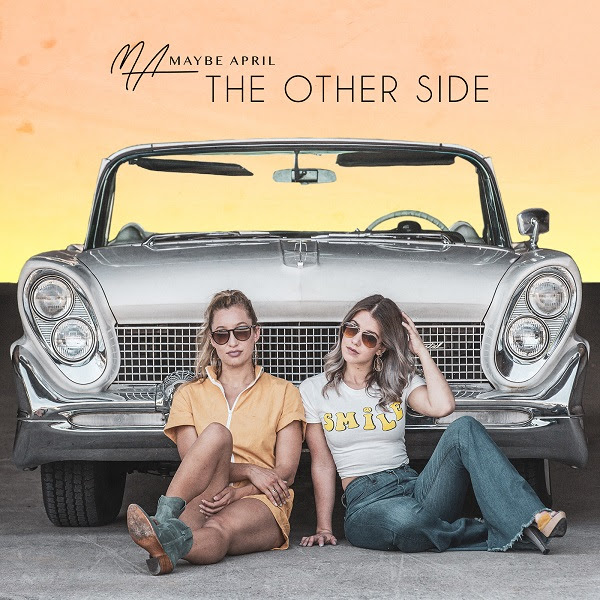