Home News Music News LEIGH NASH BRINGS HER VISION OF UNITY IN THE RELEASE OF POWERFUL...

(February 5, 2021 – Nashville, TN) Grammy Award-nominated singer-songwriter, Leigh Nash, has released her latest single, “Good Trouble,” available now wherever you find great music. The beautifully melodic and impactful track, produced by Sam Ashworth, explores the racial disparities that permeate our society and acknowledges the change that must come for true equality to be achieved. Joining Leigh on the track is Grammy-nominated artist, Ruby Amanfu, who brought her own perspective and unifying message to this anthemic ballad.

Written by Leigh Nash, Ruby Amanfu and Matt Maher, the song was inspired by the famous words of late Congressman John Lewis, who fought tirelessly for the social justice and racial equality we are still striving for to this day. His famous, ‘Get in good trouble,’ quote has become a modern call to action in dismantling an oppressive system and inspires hope for future generations. 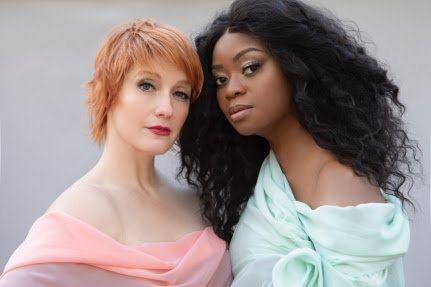 “I had always admired Congressman Lewis and the work he did. I was enamoured with a speech of his that talked about good and necessary trouble,” says Nash. “I wanted to explore the concept more and once I started working with Matt and Ruby, everything just came together effortlessly.”

“When Leigh Nash reached out to ask me to join her and Matt Maher in co-writing “Good Trouble” with them, it felt like a hand reaching out to hold mine. Allyship is so important to me and I believe that it is necessary now more than ever,” says Amanfu. “I wanted to share my perspective, innermost feelings and the struggles I face walking around every day in a body with brown skin. This time of unrest in our country is affecting our generation and many others in a way that we can no longer deny.”