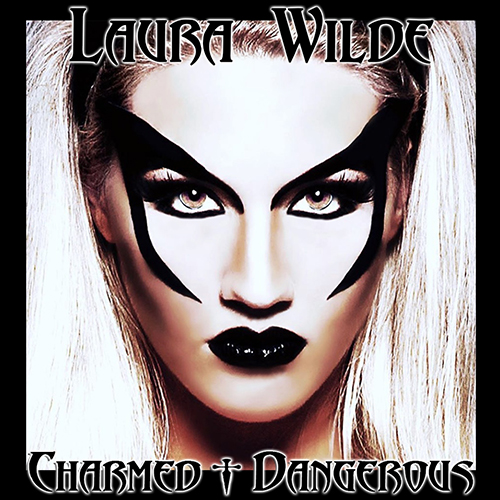 “Rock is dead but I don’t care”. Laura Wilde

The LA based, often guest lead guitarist for NBC’s The Voice, Laura Wilde has played over 150 shows around the US & UK and become a fan favorite.

This album is a more mature offering and indeed a labor of love where Laura could indulge her accomplished skills, taking her time to write, play & produce all of the tracks herself.

“Wilde writes the kind of songs that dig deep down into the essence of what makes rock ’n’ roll so timeless. Her music is bred of the pure mono maniacal aesthetic that fueled all the greats from Chuck Berry on” – Blabbermouth

“…It’s her rip-your-head off, fully-fledged guitar assault that’ll really get your attention. No gimmicks, no backing down…fierce guitar riffs, searingly unapologetic lyrics and a driving back line. Oh yeah. Remember when rock was rockin’? Now you know what I’m talking about. “ – Guitar World

If her loyal fans are after the usual tasty riffs, wailing bends and heart wrenching solos for which Laura is known, they won’t be disappointed.

“Rock is dead as far as mainstream masses are concerned, but I just don’t care. I love it and so do a ton of other rock ’n’ rollers. During lockdown I did a lot of soul searching, and these tracks represent where my heart is musically. I really enjoyed the opportunity to collaborate with some amazing writers and explore different genres, but I wanted to go back to where it all began and open the decade with an unapologetic rock album.” – Laura Wilde

A national US tour is in the works for when the venues are able to start opening up again.