Home News Music News Kelsey Waters Continues Pride Month with Release of “You Got This” Music...

NASHVILLE, TN (July 1, 2019) – Singer/songwriter Kelsey Waters is proposing an extension to pridemonth with the release of her official music video for single “You Got This” today. An avid supporter of the LGBT+ community, Waters called on East Nashville’s “plus-sized, over-educated, camp drag queen”Anita Coxx to star in the video. As Chris Purcell begins his day as the “world’s okayest teacher,” the video shows him dressing up into his alter-ego, “Anita” by night as Waters strips down to simple clothes and her electric guitar. The video was directed by Sarah Holbrook and filmed at Nashville’s Third Coast Comedy Club.

Waters says, “The core message of what I wanted this video to represent is that it’s okay to be your true, authentic self… no matter who that is. At the end of the day, we are all fighting to love ourselves and break out of whatever shell society has built around us. That commonality should bring us together. Chris (Anita Coxx) and I’s roles in the video was our attempt at conveying that. I have been and continue to be an avid supporter of the LGBT+ community and I watch so many of my friends struggle with acceptance. If I can play my part in helping to shine a light on that, I will.”

Purcell says, “While drag is seemingly everywhere right now, I appreciate Kelsey taking a chance on a big, bearded, camp drag queen. To me, the song’s lyrics read like someone talking themselves into being the fullest, most gorgeous, and most authentic version of themselves. Drag queens, LGBT+ folks, straight folks (really everyone) can relate to searching to find this boost of confidence within.” 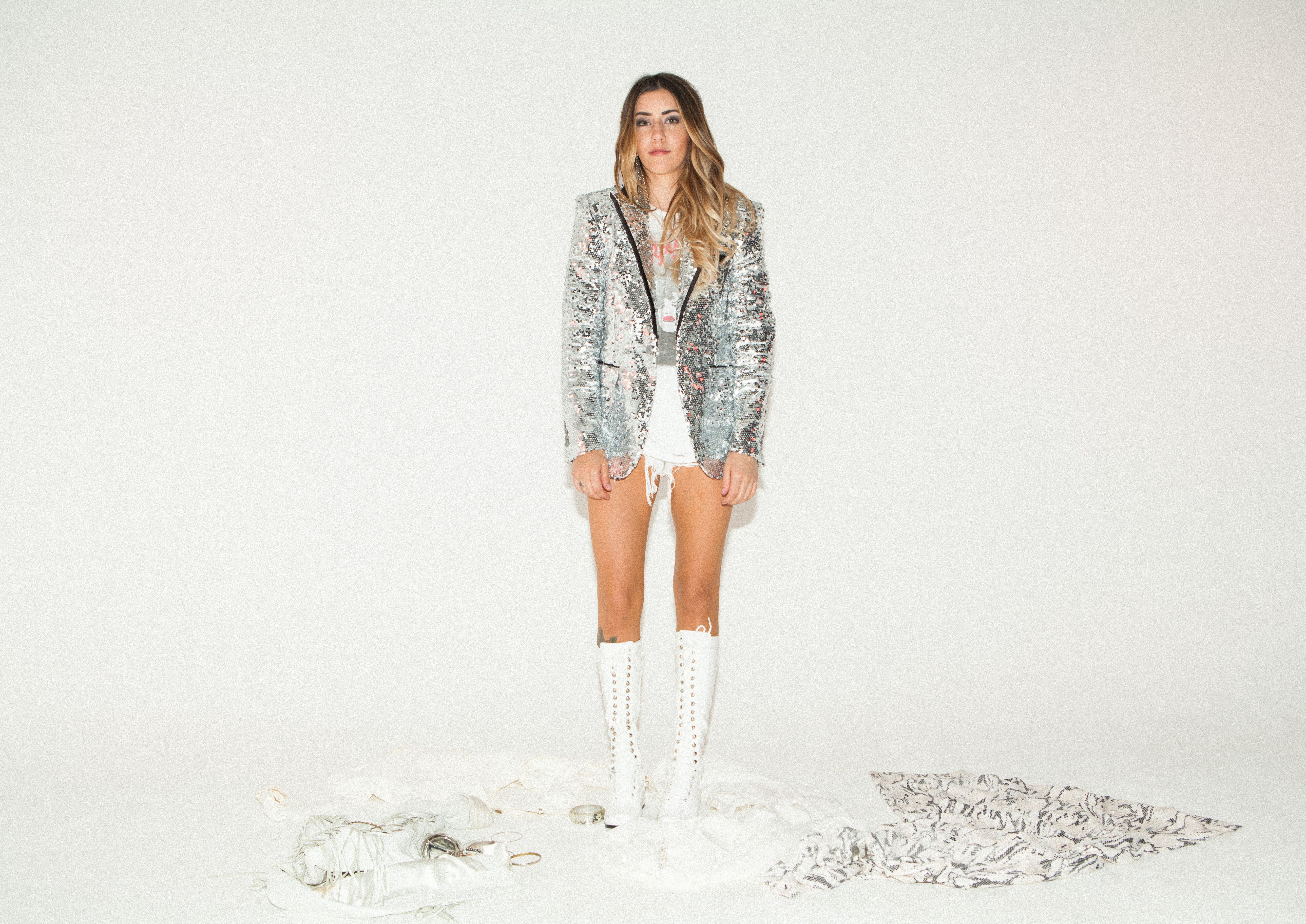 On the third anniversary of David Bowie’s death, Waters released the music video for “I Pour” with PopDust, where she’s found mourning her “former lover, her bed, Ziggy Stardust and wishes she’d moved to LA.” PopDust raved, “It’s bitter, beautiful, and rocky as hell. You want some of what Kelsey Waters is pouring.”

“With a songbook in one hand and electric guitar in the other,” (Affinity Magazine) Waters has been busy releasing a string of new singles. “Want” recently crossed 2 million streams on Spotify, finding a home with “One More Habit” on Spotify’s “Swagger” and “Femme Fatale” playlists alongside Lana Del Rey, Adele, Amy Winehouse and more. She plans to release next single “Sweet Tooth” on July 12.