THURSDAY, JANUARY 14 — Boston-based singer, songwriter, and multi-instrumentalist Kaiti Jones recently announced her forthcoming sophomore LP, Tossed, due out March 5, 2021. It is available for pre-order now via Bandcamp and Jones will celebrate the release with a live stream from Club Passim in Cambridge, MA on release day at 8pm EST. Produced and engineered by Future Teens‘ Daniel Radin at his home studio in Watertown, Massachusetts, the 9-track set is a sublime bridge of folk and indie rock: blending the grace and gentleness exhibited by Julia Jacklin with tender, hearty melodies akin to Sharon Van Etten. Jones’s songs are rooted in existential angst or failed romances that grew into retrospective anecdotes, some evolving over years as she carefully crafted each lyric and fleshed out the story she wanted to tell. Today, Jones is sharing a music video for her new single, “Gettin Around To It,” which she co-wrote with revered singer/songwriter David Ramirez. Audiofemme praises, “‘Gettin Around To It’ is Jones’ upbeat tongue-in-cheek ode to being a lifelong, chronic procrastinator, examining the ways a lack of urgency can erode personal relationships without adding so much as a hint of heaviness to the song’s buoyant indie rock sound.”

WATCH/LISTEN: “Gettin Around To It” Official Music Video

Of “Gettin Around To It,” Jones offers, “This song is an ode to procrastination. I thought of the first line a long time ago – it was very literal. I had a watch I got for Christmas, and it broke. I kept meaning to fix it, but I didn’t. But I loved the look of it, so I kept wearing it even though it couldn’t tell me the time. I was having trouble building the rest of the song out, and I played it for my producer Daniel Radin and for artist David Ramirez. They really helped me break through, and the song became a metaphor for life, really. There are things you’re trying to grow in your life, but sometimes you can’t help letting the ‘weeds’ grow up around them. This song speaks to an anxious paralysis that can creep into various stages of life. It speaks to the idea of “wherever you go there you are.” That no matter how much we live and grow and learn, there are parts of ourselves that are really difficult to let go of or change. For me, I chose to explore that through a cheeky yet sentimental song about procrastination: sometimes we miss out on the fullness of what could be because we’re too scared to step forward. We just stay put.”

Tossed is a collection of songs written during a variety of phases in Jones’s life and recorded between December 2019 and May 2020. Her ability to save bits of lyrics for years until they manifest in their finished form demonstrates a steadfastness to her inspired instincts. She doesn’t force an intention or agenda in her songs, which, in turn, is why her music feels so refreshingly unhurried.

On the title track, Jones reveals her experience at a work trip the same weekend her mother started chemotherapy on the other side of the country. Buoyed by eerie pedal steel and simple snare drum, she balances the burst of detail that hangs over the song with metaphorical weight. Written after she rented a surfboard from a stranger and let herself get wrecked by the sea, she sings of finding catharsis by letting go of all control: “The sea she keeps a tally/Of the battles I have lost/So I struggled for a moment/Before I let myself get tossed.” Following the ocean’s moody tendencies, “Tossed” swells, flourishes, and finds a calm.

A notorious daydreamer, Jones has learned to harness the time spent inside her own head into a creative power, and on the meandering ballad “Daydreaming,” she plays her mind’s divergent tendencies with surprising twists. “I’m sorry I didn’t answer your question/I was busy writing my eulogy,” she sings with ease on the opening line. It’s provocative and maybe a bit morbid, but it’s this dark, tongue in cheek humor that allows Jones to survey the duality of the human mind throughout much of her songwriting.

Tossed finds Jones exploring both her insecurities and resilience. Sometimes they come in a ballad of questions on “Mystic,” where she examines transitioning from rigid evangelical Christian culture to a more open spiritual mindset, or an endearing rush of pop-rock on “Gettin Around To It,” which serves as both an ode to procrastination and a metaphor for the anxieties of life. These nine tracks are intimate and sown with personal details, without drawing to some grand, trite conclusion. “As I’ve gotten older, I feel like I have more and more questions and fewer answers, and I’ve just learned to be okay with that,” she divulges.

Jones has immersed herself in music since she was a small child and her curiosity and hunger led her to study the violin, viola, piano, guitar, french horn, and cello. “I started writing songs as a way to basically bare my soul, but with the cover of ‘well, you don’t know if this is really about me,” she explains. Her parents met at a Christian hippie commune in the ’60s, and growing up, community and music were significant aspects of her life. Jones first began publishing her music in 2009, and after studying philosophy and writing in college, she moved to Cambridge, Massachusetts to do service work as an AmeriCorps volunteer. She completed her master’s at Boston College in social work, as well as released her folk-leaning debut LP Vows, in 2017. She now works in community engagement and youth development while continuing to write and record new music. 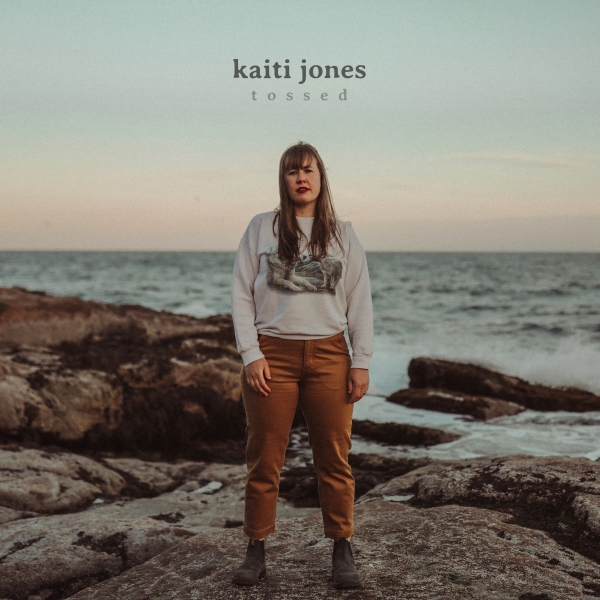