Joan Armatrading celebrates the release of her acclaimed new album, Consequences, with an exclusive livestream performance on Saturday, July 31 at 3pmET.   This multi-camera, full-band performance will be her only live concert of 2021 and broadcast across multiple time zones in order to accommodate global audiences.

“Every concert is unique in its own way,” says Joan.  “This Livestream is a first for me and it’s a way of allowing me to reach people around the world who would love to hear and see me perform songs of mine that are their favorite.  It’s also very exciting to finally share my new songs in a live setting.”

Performing a stunning set of fan favorites including “Me Myself I”, “Drop the Pilot” and “Love And Affection” – PLUS some of her very latest new music from Consequences, the show will give fans a chance to experience fresh new tracks and beloved classics alike, all in the beautiful setting of the Asylum Chapel in London. The performance features Joan Armatrading accompanied by bass, drums, keyboards, and saxophone.

Consequences, Joan’s 22nd album, “finds her at the peak of her game” (Rolling Stone).  It was released digitally in the US on June 18th and is scheduled for CD/LP release on August 13 via BMG. It shot straight to the No 10 position in the UK charts in its first week of release, marking her first Top 10 album in 30 years. She was recently featured in The New York Times, Rolling Stone, Forbes, and NPR Weekend Edition.

“Consequences is a defiantly upbeat album that celebrates life despite a sharp sense of human frailty.” – Rolling Stone

“Joan Armatrading has maintained her introspective songwriting and moving vocals while navigating through a variety of genres.” – The Wall Street Journal

“Consequences offers no shortage of rhythm-ready offerings, which ensure the enthusiasm remains at a constant peak.” – American Songwriter

“Joan Armatrading will render interior mysteries with such forthright clarity, attuned so sensitively to the rhythms of feeling, that she makes the most terrible depths of heartbreak seem, to start, bearable. And then she’ll make you smile.” – Pitchfork 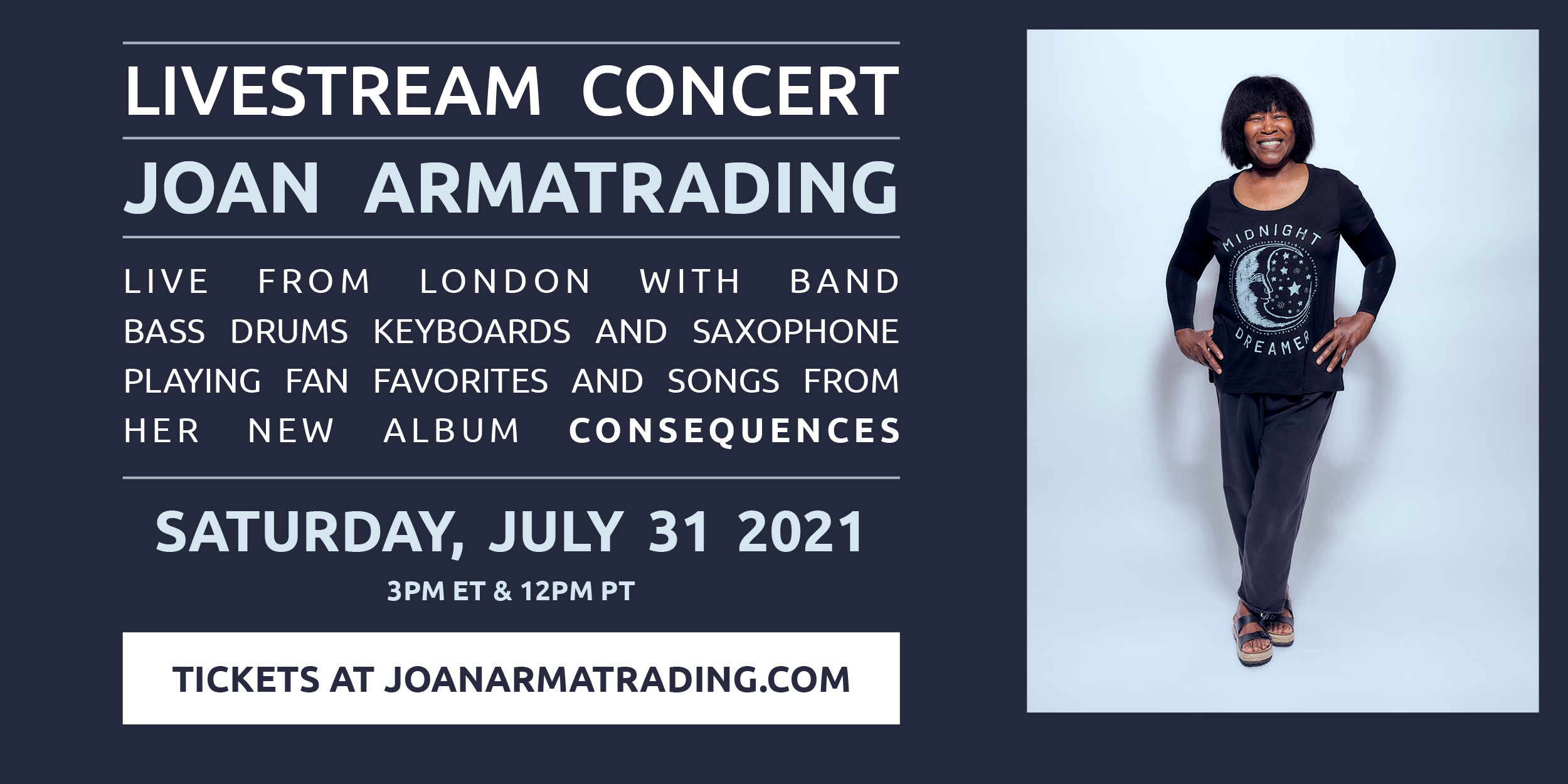