Nashville-based Americana singer-songwriter Jess Jocoy is set to release her debut full-length album, Such a Long Way, on April 10, 2020.  The album was produced by Michael Rinne (Miranda Lambert) and Dylan Alldredge (Mary Gauthier, Joy Williams, Leon Bridges) and recorded at Skinny Elephant Recording in Nashville.  With a crystalline veracity in her uniquely authentic songs, Jocoy constructs eloquent narratives that drift between the poetic and the conversational, which some have called “Jason Isbell meets Emmylou Harris.”

“The biggest truth in this record is my journey,” Jocoy says of her refined yet rootsy album (which is the follow-up to her 2018 EP, New Heart/Old Soul).  After already releasing one single from the album (“Aching to Feel Alive” on January 17th), two more singles from Such a Long Way are planned in the lead-up to album release:  “Love Her Wild” (out February 14th) and “Somebody Somewhere” (out March 6th).

While Such a Long Way‘s songs don’t always tell her story, they certainly show her progress. From the big picture pep talk that is “Existential Crossroads” to the father-son stand-off of “Castles Made of Sand” through the tender reminder of “Hope,” Such a Long Way showcases a thoroughly literate young songwriter finding her voice and staking her claim with equal parts grit, grace, and gravitas. In an Americana music community brimming with talent, Such a Long Way is an impressive effort for someone who only just a couple years ago committed to pursuing music full-time, after a lifetime of dreaming that dream.

At the craggy core of Such a Long Way lives the search to find one’s place in the world, and it readily infuses the earthy stride of “Somebody Somewhere,” the vibey shuffle of “Long Way Home,” and the quiet testament of “Hope (Such A Long Way).” Of the latter, Jocoy says, “The entire piece is based on what I needed to hear — from God, from myself, whomever. This song is about me: If I don’t tell myself I’m a bird, I will never fly. I’ve worn sorrow like a coat, and it’s hard to shake it off.”  Grief, gratitude, living, and learning collide in one of the reoccurring themes of Such a Long Way: mercy. “‘Mercy’ is such a powerful word — small but mighty,” Jocoy offers. “It can dictate a lot, like what kind of person you are. I’ve been shown so much mercy throughout the course of my life. That and grace have brought me to where I am today.”

Having grown up south of Seattle, hitting every karaoke joint and singing competition her parents could drive her to, Jocoy kept her eye ever on the prize: Nashville. Her parents supported her every step of the way, but before Jocoy could fully see her dream of making music become reality, her father passed away from lung cancer in 2013, six months after his diagnosis. Rather than running from it, she instead wove her grief into the threads of her songs, realizing that pain is a universal feeling, and not to be ignored. “That’s when I really started to learn how to write sad songs,” Jocoy explains. “Grief was strange, because I couldn’t allow myself to express that pain to other people or in public, but it was very evident in my writing that I was lost.” She relocated to Nashville and attended Belmont University (where she earned a Bachelor of Fine Arts degree) to take a deeper dive into songwriting, and released the New Heart/Old Soul EP, recorded by Daniel Dennis at Prime Cut Studios in East Nashville, TN.

In June of 2018, “Long Live the Song,” her anthemic ode to the abiding essence of great songwriting, won the nationwide Uber Music Movers competition, where she opened for Chase Rice during Nashville’s annual CMA Fest.  In 2019, she was featured on an episode of the hit TV show “Songland,” (the song she performed, “Easy,” appears on the physical copy of her EP New Heart/Old Soul and was released as a single in late 2019).  She was an official showcasing artist at AmericanaFest in 2019 and has been the Sunday Spotlight showcase artist twice onstage at The Bluebird Café in Nashville.

Jocoy plans some album release shows and touring in support of Such a Long Way.  Confirmed dates are listed below, with more dates to be announced soon. 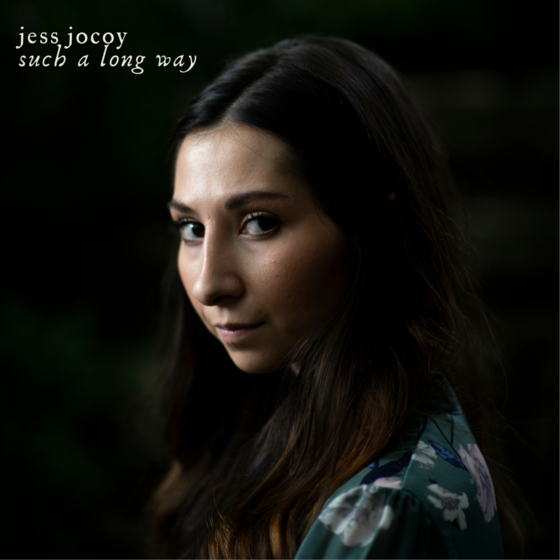 …more dates to be announced soon!