Raised in rural Washington state in the log house built by her parents, Jessi McNeal has been singing and writing songs in some shape or form for most of her life. Simple hymns and old country tunes formed the soundtrack of her childhood, and her ear for melody and love of storytelling developed at an early age. Americana, bluegrass and folk traditions are present and alive in her lyrics and music, as the imagery and landscapes of country life weave their way into her songs. Her sound is comforting and inviting, though she doesn’t shy away from the difficulties and struggles of life’s journey, instead using songwriting as a soothing balm for many wounds, creating songs rimmed in redemption. This week, McNeal announced via The Boot a new collection of songs, The Driveway, out on August 16th, with the premiere of the video for lead single “Won’t Run Dry,” a foot-stomping gospel-tinged nod to her roots. “Jessi McNeal’s musical backbone is rooted in the sacred,” says The Boot in its premiere. “She grew up singing hymns and timeless country songs, and as she has evolved as a songwriter, she continues to grow from that tradition of reverence and meditation…Nowhere are those roots more apparent than in her latest release, ‘Won’t Run Dry.'”

Like her previous album, 2015’s Promised Land, The Driveway was produced by Ryan McAllister (Brian Doerksen, Tim Neufeld) at Five Acres Studio in B.C., Canada. In the four years since Promised Land, her life has been marked by transition—some joy-filled and some heart-wrenching. Processing it all with guitar in hand, she crafted the songs feature on The Driveway. When it was time to record, she approached McAllister, who helped create a darker tonal palette with simple, un-fussy production. The songs swirl with pedal and lap steel, vibe-y electric guitar, and banjo and mandolin, providing well-placed levity in some of the album’s darker corners.

The Driveway is about the middle ground – the in-between, the waiting, the hope-not-yet seen. “I sometimes hear people refer to it as the ‘messy middle,’” she says. “But lately, I’ve been thinking of it as the ‘sacred middle.’” The album’s title track is her take on the story of the prodigal son; “I’ve come to see myself at times like the father and at times like the son,” she explains. “I want to be the one who comes running, and I also want to be the one who falls into forgiving arms. And here’s the real truth – sometimes those arms of forgiveness and grace need to be my very own.”

“The driveway on our property isn’t long, but it still feels like a sacred space between the world and home,” she continues. “I think we all need a bit of easement in our lives where we give ourselves permission to just be, without all of the pressure and demands that life can place on us – a place where we can have let ourselves have all those gut-level feelings about waiting and loss and transition. If we speed through those emotions, we’re going to miss a lot of things, mostly ourselves,” she adds. “Lately I’m savoring those slow walks to fetch the mail, and I’m feeling a whole lot of grace to just be right where I am in my own unfolding story.” 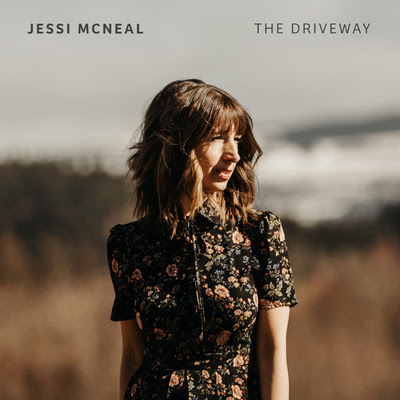