Home News Music News Hey, Ladies, Rock out like a Rock Star at the Rock ‘n’...

If you’re looking for rock camps for kids, they’re easy to find. But if you’re a woman and you’d like to enjoy the same experience, your options are limited. Well, ladies, here’s your chance. The Rock ‘n’ Roll Fantasy Camp (RRFC), based in Los Angeles, California, offers a four-day camp designed for women in a non-intimidating environment.

Founded by David Fishof over two decades ago to bring the experience of “living the life of a Rock Star, with Rock Stars,” he brought his knowledge of working in the music industry to light to create the Rock ‘n’ Roll Fantasy Camp. Campers get the experience of learning from some of the greatest musicians in the industry to learn music, form a band, and perform a live show.

Fishof is best known for working with Roger Daltrey, Ringo Starr, The Monkees, Levon Helm, Joe Walsh, Jack Bruce, and Peter Frampton. He has added to his Rock ‘n’ Roll Fantasy Camp team by bringing on Brittany Denaro, aka Britt Lighting, as the musical director. Britt is an accomplished guitarist performing as the lead guitarist for the all-female band Vixen and was a former counselor at RRFC. On her time as a counselor, “I love interacting and giving back, and the more music activities I can get involved with, the better. It’s life-changing.”

Now for the first time, RRFC is hosting its first “Women Only” camp, which will take place from May 6 through May 9, 2022. On planning the camp, Britt tells us it’s not necessary to be a vocalist or an experienced instrumentalist. Britt backs it up by saying, “We have all different levels of bands, and we create the bands according to skillsets.” She goes on to tell us what campers can expect. “At the camp, we have jam rooms, Q&A sessions, and masterclasses. We’ve got amazing counselors who will take bands and mentor them for four days of the camp because some of the campers play in cover bands and know how to perform and just want to get better. We have campers from all levels — maybe some that have never left their bedroom with their guitars or their instrument, and it’s their first time being in a band or performing on stage at a live venue. We help prepare them to rock with the big artists.”

When it comes to the big artists, Britt shared that guest artists include Melissa Etheridge, Nancy Wilson of Heart, Orianthi, and Kathy Valentine of the Go-Go’s. She adds, “So each camper band will get to jam a song with Melissa Etheridge, jam a song with Nancy Wilson, and so on. Our final performance is at the Whisky-a-Go-Go, and family and friends and everybody can come to check it out.”

Having played in many all-female groups, Britt knows the importance of building camaraderie among women, and according to her, “It’s still a very male-dominated industry — rock and roll and the music business. Women go through different things in those settings, you know, like having to prove themselves and just different experiences. I think this will be just such a really cool environment with such powerful, successful women talking about their experiences and sharing what they have learned.”

For more information on the Rock ‘n’ Roll Fantasy Camp for Women Only, go to https://www.rockcamp.com/fantasy-camp-women-only.php 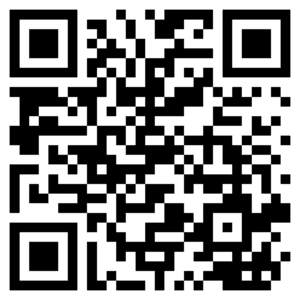