Toronto, ON-based Americana duo Harrow Fair (Miranda Mulholland and Andrew Penner) is set to release a new acoustic single on October 29, 2020 via Roaring Girl Records. The song is a stripped-down, bare bones version of the title track from their most recent album, Sins We Made, which was released on April 17, 2020.

The new single is about the changing environment for men and women post #MeToo and what that means as a duo, as friends, in the workplace, and how to support and create space for all voices. Finding themselves in a creative mood during the pandemic, the pair carved out some time to escape to Mulholland’s boat-in cottage in Muskoka, ON, where they set up some old ribbon microphones in the main room of the cabin and stripped some songs down to their essences. One of the results is the hauntingly beautiful, acoustic version of “Sins We Made.”

Says Mulholland of the song: “With all the production from the album gone, what does the song still say? This was a mirror of what we’ve been forced to reckon with in our lives. If live performance isn’t the same, what are we left with?”

One part stomping songs that echo early country and rock ‘n’ roll, the other gritty ballads that sound sweet and haunted, Harrow Fair is a powerhouse of foot-thumping, soul-wrenching, transcendent Americana – integrating their considerable skills to deliver music equaling much more than the sum of its parts. Sins We Made uses the duo’s skilled and acute blending of voices, instruments, and textures to explore the spectrum that lies between light and dark. Called “timeless” (Americana UK), “truly terrific” (Folk Radio UK), “cinematic” (Great Dark Wonder), “remarkable” and “spectacular” (Music Life Magazine), their music was hailed by the Toronto Globe and Mail as “…a brand of mountain music, moonlit and minimalist, heard from a distance.” Their songs delve into the issues of our time – from the current political situation to confronting bullies to claiming one’s power, from modern relationships in the digital era to the stigma surrounding addiction and depression to the importance of community. 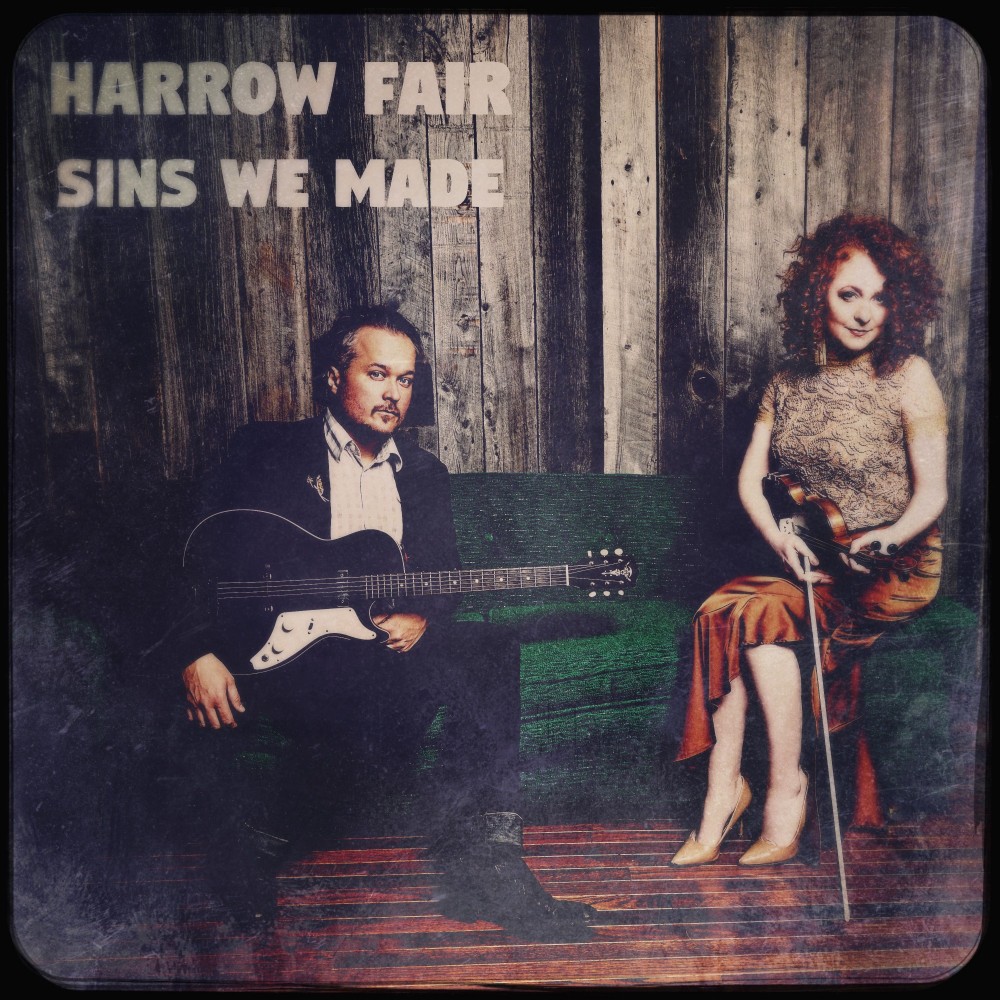 “After the first album, Call To Arms, happened organically, we wanted to take time to write about things that matter to us and that we feel are important to talk about,” says Mulholland. “These themes have been fresh on our minds. Getting older is messy. Children, no children, choices, pressure, expectations of others and ourselves.”

Penner and Mulholland have collectively performed on over 150 albums including records by Donovan Woods, Rose Cousins, Sunparlour Players, Cowboy Junkies, Sarah Slean, and Jimmy Byron, as well as for TV, film, video games, and theatre. Never idle, these artists have continued to build an incredible list of accolades with their solo endeavors. Last fall, Penner was both Music Director and starred in the Crow’s Theatre’s critically acclaimed production of “Ghost Quartet,” for which he won a Toronto Theatre Critics Award and was nominated for a Dora Award. Closing out last year, Mulholland was awarded Runner-Up to Margaret Atwood for Artist of the Year 2019 in Toronto’s Globe and Mail. Mulholland was nominated for a JUNO Award for Traditional Roots Album of The Year in 2020 for her solo record. Penner has a BFA in Theatre from Ryerson University, and Mulholland studied Opera Performance at UWO and McGill University.