Rein – a Temecula resident for several years now – performs in front of an audience of family and friends. The Blues-Rock guitarist/vocalist recently returned from a performance in front of thousands of music lovers at the Open Air Blues Festival in Romania, where Rein was born.

Queen Of My Castle, the follow-up to her critically-acclaimed 2016 album Long Road, was released on Mike Zito’s fledgling Gulf Coast Records this past June. The fifteen-song disc is co-produced by Michael Leasure (drummer for the Walter Trout Band) and is mixed by Lincoln Clapp, who previously mixed Texas Flood by the late, great Stevie Ray Vaughan, one of Diana’s biggest influences.

What The Press Is Saying About…Queen Of My Castle

“Rein’s vocals contrast nicely with her down-and-dirty guitar work. Her soloing shows a great command of the modern blues vocabulary: fat, nasty tone with little special effects or frills. Queen Of My Castle is a compelling listen. The band is solid throughout the album and lends strong support from the first track to the last but there’s no doubt who is the queen of THIS castle!”
BIG CITY RHYTHM AND BLUES

“Diana Rein gifts us her third full length effort in Queen of My Castle. She has already proved herself an accomplished singer songwriter steeped in the sounds and licks of Chicago blues. If you were to confuse “Yes I Sing the Blues” with Buddy Guy’s “Damn Right I Got the Blues,” you wouldn’t be faulted. She’s channeling blues legends in the best of ways.”
BLUES ROCK REVIEW

“Queen Of My Castle by Diana Rein is all the proof you need that women can play the blues as well as anyone. A constant throughout the album is the guitar work. “Time’s Ticking Away” features some links that bring Eric Clapton to mind. With the soulful vocals and rocking blues melodies, one can’t help but enjoy all of the songs that Rein pours her soul into.”
AMERICANA HIGHWAYS

“As much as I like Rein on guitar, it’s her vocals that tantalize me the most, especially on the light-hearted romp “Get Down” where she shouts out powerful vocals over wah wah guitar riffs. It’s worth noting that all 15 cuts on Queen Of My Castle are original compositions, making Rein a triple threat — guitarist, singer AND creative songwriter.”
BLUES BYTES 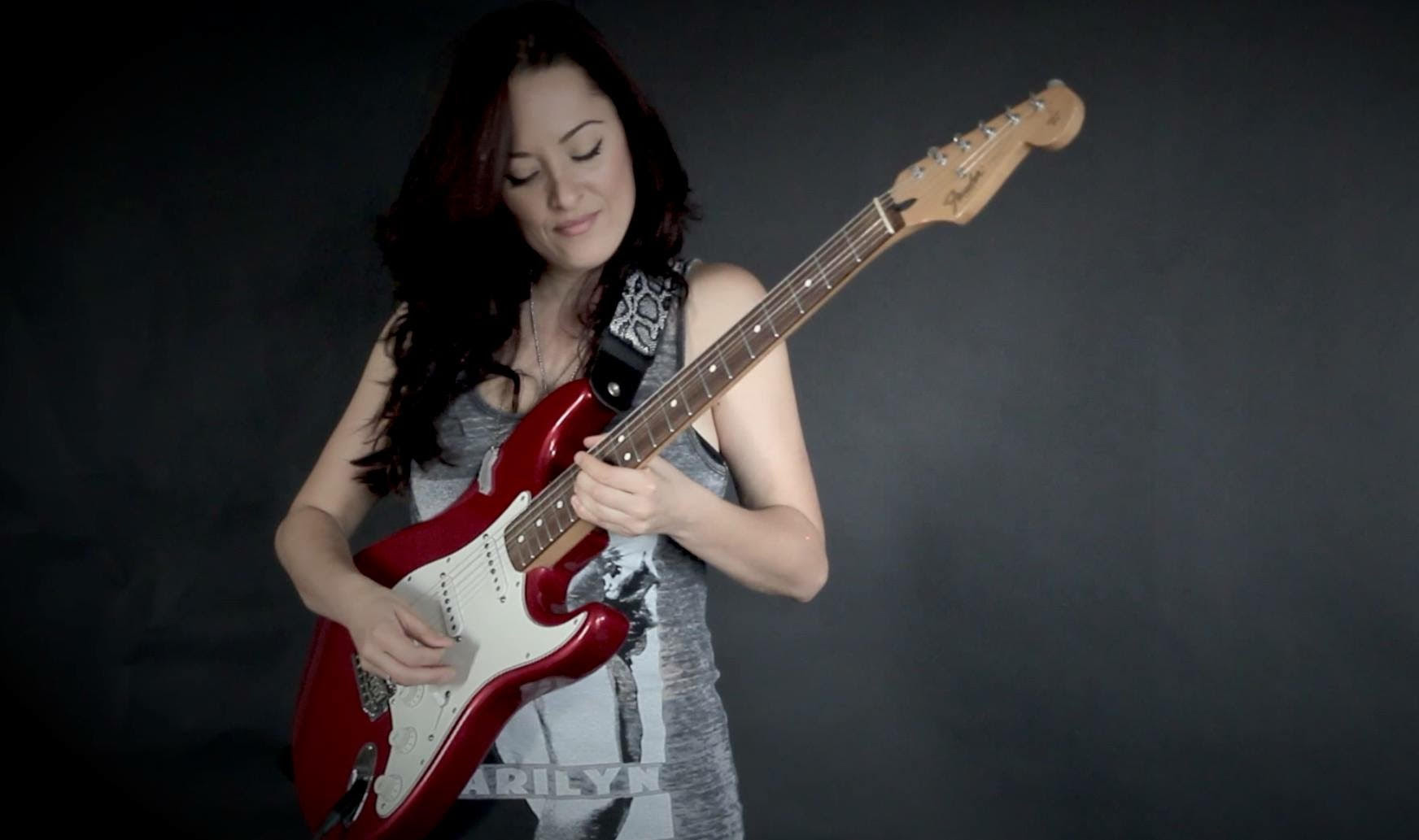 There’s nothing traditional about Blues artist Diana Rein. Diana’s parents escaped communist Romania in 1981 when she was three years old. They arrived in Chicago with only Fifty dollars in their pocket and a dream for a better life. Diana brought her family’s strong Romanian work ethic to performing arts school, where her talents flourished, eventually leading her to a role in the classic American 90’s comedy “Home Alone”. Diana’s love of the Blues started at age eight, when her parents brought her to a Chicago Blues Club, arranging to have her perform some songs with the band. This was a defining moment. A blues artist was born. Over the years, Diana’s music heroes and influences emerged: SRV, Prince, and Phillip Sayce to name a few. But it all started back in Chicago, the home of amazing Blues legends like Buddy Guy.

Diana followed her heart to California, where it would be broken repeatedly and made stronger each time. With experience came strength, self-reliance and plenty of songwriting material. At one point when hope was slipping away, Rein promised to make music her life’s work,  grabbing the reins (no pun intended) on her songwriting and guitar playing. Music never stopped knocking and Diana is glad she finally swung the door wide open and let it in. So are her fans. Today Diana calls Southern California home, where she continues to release original music and play what feels good for anyone who will listen. Her promise to her fans is that she will never stop making music and growing as an artist.

“When you want something so bad it feels like a curse…Heading down a narrow path. Don’t let them make you feel small and question your Worth.” ~ lyrics from the song “Worth” off Diana’s new album “Queen of My Castle.”