“This song is about knowing who ‘the one’ might be but needing to find myself before I give that person my time forever,” says FLETCHER. “The relationships in my life are really important to me, but I’ve realized the one that I’ve been neglecting my entire life is the one I have with myself. Heading into this year and next project, I made a promise to focus my energy on getting to know myself and to date myself for the first time. I’m making mistakes, f–king up and learning lessons the hard way…I’m having fun, but definitely crying too. I’m learning who I am and who I want to be. It’s not easy and I have no idea what I’m doing, but does anyone really?”

With head-ticking choreography and unstoppable female energy, FLETCHER shines a light on the desire to be young and carefree in her Ethan Lader-directed video. Watch it HERE.

Heading into her full-length debut (due out later this year), FLETCHER released her acclaimed debut EP you ruined new york city for me via Capitol Records last August. A highly personal story of first love and heartbreak, you ruined new york city for me features “Undrunk” — a breakthrough hit that spent several weeks on the Billboard Hot 100, earned the #1 spot on Spotify’s Viral Chart, and emerged as the fastest-rising song at Pop radio from a new artist in the past five years. The EP also includes follow-up tracks “If You’re Gonna Lie,” “All Love,” and “One Too Many.”

FLETCHER will soon join Lewis Capaldi on Niall Horan’s 2020 Nice To Meet Ya tour. The first leg of the North American run kicks off April 20 at Bridgestone Arena in Nashville, with the label-mates also playing Barclays Center in New York (April 29) and The Forum in Los Angeles (May 18). See below for full itinerary. Tickets are available HERE.

Heralded as an Artist to Watch and praised by outlets like PAPER, TIME, Wonderland, V Magazine, Nylon, Harper’s Bazaar, Interview Magazine, GQ, and more, FLETCHER hails from a beach town in New Jersey, where she cultivated her verve for music and candid lexicon. The singer-songwriter, who graduated from NYU’s famed Clive Davis Institute for Recorded Music has already begun carving out a space for herself in pop music. FLETCHER has earned impressive slots on The iHeartRadio Music Festival, Lollapalooza, Bonnaroo, Life is Beautiful, and other major festivals. 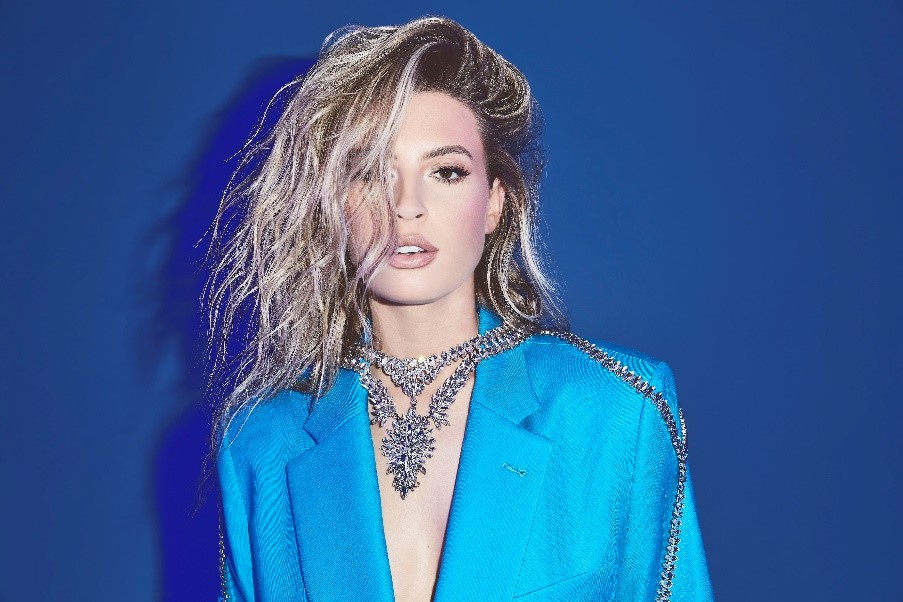 “You won’t find much better songwriting than FLETCHER’s” –GQ

“FLETCHER’s honest look at her own mistakes feel universal,

with soaring pop chords that she sings with both melancholy and warmth.” –TIME

“(FLETCHER) set out to write, and sing, her own narrative – one that is

“[FLETCHER] is serving the relatable realness she’d once been searching for.” –Wonderland.